The suspect in the Highland Park, Illinois, mass shooting that left six dead and 30 others injured pre-planned the attack for several weeks including legally purchasing the rifle used in the incident. Robert Crimo, who dressed in women's clothing during the shooting to conceal his identity and make an easy getaway, used a fire escape ladder to climb a business near the parade and unloaded more than 70 rounds into the crowd.

Following the deadly mass shooting in Highland Park, Illinois, on the Fourth of July, President Joe Biden has ordered all flags to be flown at half-staff on Tuesday to remember the victims, according to the White House.

Biden tweeted on Monday calling the mass shooting "senseless" and said he has not given up "fighting the epidemic on gun violence."

"Jill and I are shocked by the senseless gun violence that has yet again brought grief to an American community this Independence Day. As always, we are grateful for the first responders and law enforcement on the scene. I will not give up fighting the epidemic of gun violence," the president’s tweet read.

Law enforcement said at least six people were killed and at least 30 were wounded in the suburb of Chicago on Monday.

A person of interest, who has been identified as 21-year-old Robert E. Crimo III, was arrested about five miles north of the shooting scene, several hours after police released the man's photo and an image of his silver Honda Fit. 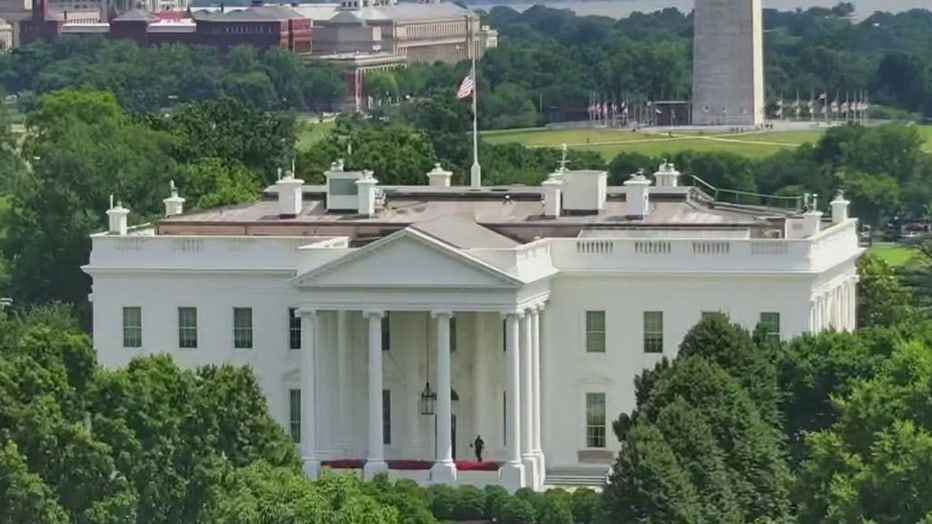 FILE - Flags at the White House flown at half-staff following the deadly mass shooting in Highland Park, Illinois, on July 4, 2022. (LiveNOW from FOX)

Police declined to immediately identify Crimo as a suspect but said identifying him as a person of interest, sharing his name and other information publicly was a serious step.

Charges were expected to be announced soon, according to a spokeswoman for the Lake County state's attorney, Sara Avalos.

Authorities offered no motive for the attack. 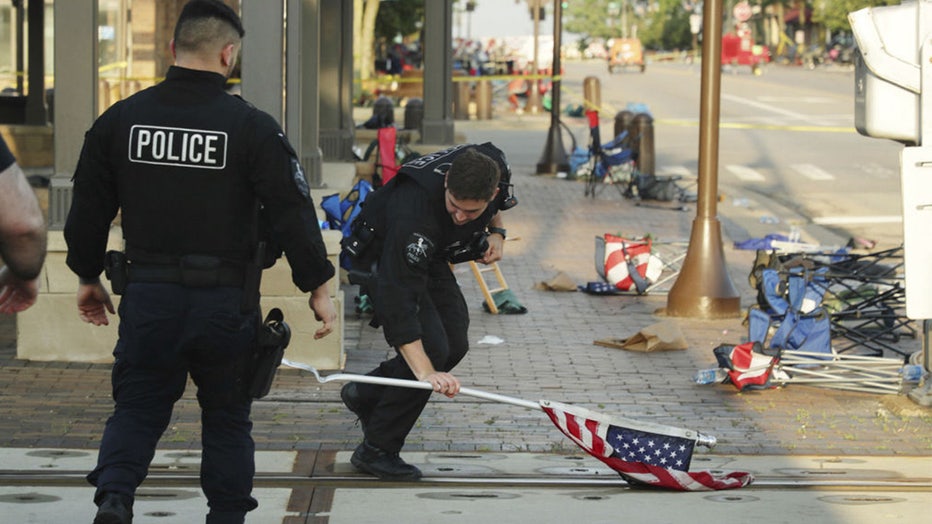 Since the start of the year, there have been 15 shootings where four or more people have been killed, including the Highland Park one, according to The Associated Press/USA TODAY/Northeastern University mass killing database.

The July 4 shooting was just the latest to shatter the rituals of American life. Schools, churches, grocery stores and now community parades have all become killing grounds in recent months.

What’s more, the most recent mass shooting comes just over a week after Biden signed the most sweeping gun violence bill in decades.

The legislation will toughen background checks for the youngest gun buyers, keep firearms from more domestic violence offenders and help states put in place red flag laws that make it easier for authorities to take weapons from people adjudged to be dangerous.

Most of its $13 billion cost will help bolster mental health programs and aid schools, which have been targeted in Newtown, Connecticut, and Parkland, Florida, and elsewhere in mass shootings.

Biden said the compromise hammered out by a bipartisan group of senators from both parties "doesn’t do everything I want" but "it does include actions I’ve long called for that are going to save lives."

"I know there’s much more work to do, and I’m never going to give up, but this is a monumental day," said the president, who was joined by his wife, Jill, a teacher, for the signing.

After sitting to sign the bill, Biden sat reflectively for a moment, then murmured, "God willing, this is gonna save a lot of lives."

The Associated Press contributed to this report. This story was reported out of Los Angeles.