ANN ARBOR, Mich. (FOX 2) - There was a warm welcome for Hilary Rodham Clinton in Ann Arbor where she's helping to launch the Weiser Diplomacy Center at the University of Michigan in a time of immense challenge around the world.

"This is going to be a difficult period and it requires intense, intelligent diplomacy. Right now we have very little of that and we are going to pay a big price," she said.

The former secretary of state talked about turmoil in Syria, but was also asked about the situations in Ukraine and Hong Kong.

"When America is silent about these fundamental human rights, nobody else is going to speak up," Clinton said. "Nobody else has a voice loud enough to be heard."

From women's rights to immigration to climate change, it was a wide-ranging discussion about the United States and its position in the world.

"We are becoming less and less relevant in the world," she said. "We are losing our leverage along with our credibility. And people are going to start hedging their bets if they can't count on the United States to deliver the weapons that the Congress voted on to defend themselves in Ukraine against the Russians, what does that mean.

"If you fight for America and you fight with our special forces, you get rid of ISIS and then you are betrayed, what does that mean. We have a lot of repair work to do."

The former Democratic nominee who won the popular vote but lost to President Donald Trump, also emphasized the importance of fair elections and preventing more Russian interference in the next one. 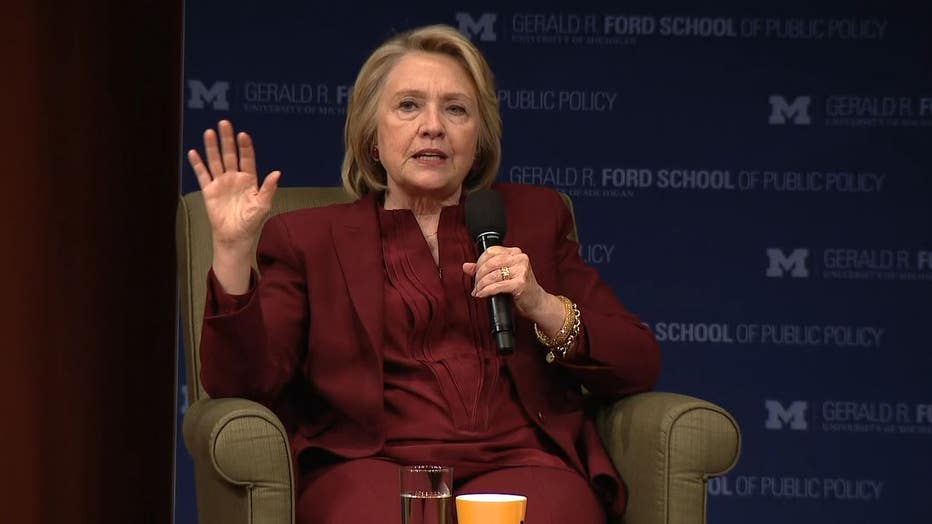