DETROIT (FOX 2) - On Monday community leaders, historians, and those who called Detroit's famous Black Bottom home, gathered to celebrate the dedication of a historical marker to honor the once-famous neighborhood and to recall the truth about its past.

"Detroit's historic Black Bottom running from Gratiot to Larned, from St. Aubin to Brush before it was buried, wiped away by I-75," said Rochelle Riley. "'They paved paradise and put in a parking lot' - and a highway."

On Monday community leaders, historians and those who called Detroit's famous Black Bottom home, gathered to celebrate the dedication of a historical marker to honor the once famous neighborhood and to recall the truth about its past.

Black Bottom residents made it clear celebrating this moment doesn't erase the pain of how they felt about their community being wiped away.

"To be disrupted by urban renewal was really heartbreaking," said Beverly Kindle Walker, whose family lived in Black Bottom.

"There were at least 350 thriving businesses serving the families living in this beloved neighborhood," said Riley, director of arts, culture, and entrepreneurship, city of Detroit. "With music in its' DNA, Detroit's small, all-Black community served as a backdrop for thriving clubs and bars. It was dubbed 'Detroit's Black Wall Street.'"

But in the late 1950s and early 1960s, residents were forced out by what then-Mayor Albert Cobo at that time, calling it redevelopment.

"A couple of years ago I was very proud of the fact, that the name of that mayor (Cobo) was taken off the convention center," said Mayor Mike Duggan. "It's not a part of our history that should be celebrated." 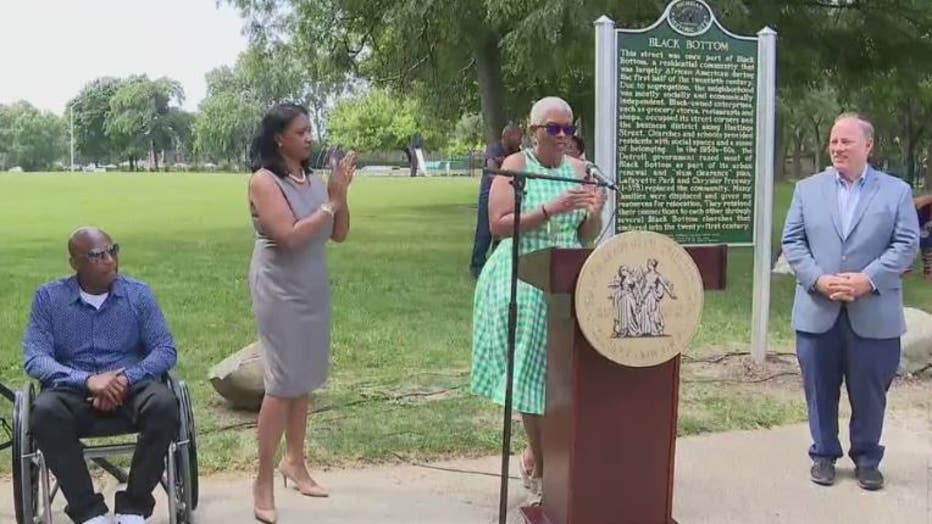 But what will be celebrated are the accomplishments of Black Bottom and those who called it home.

"When you talk about the history of Black Bottom and the rich soil, it's about the richness of the people," said Ray Smith president of the Black Bottom Group, and whose family lived there.

"If we don't tell our stories, someone else will tell them and our truths will be lost," said Robin Terry, Michigan Historical Commission, CEO Motown Museum.

And thanks to this historical marker, the story of the Black Bottom neighborhood it's accomplishments and the people who called home will live on. 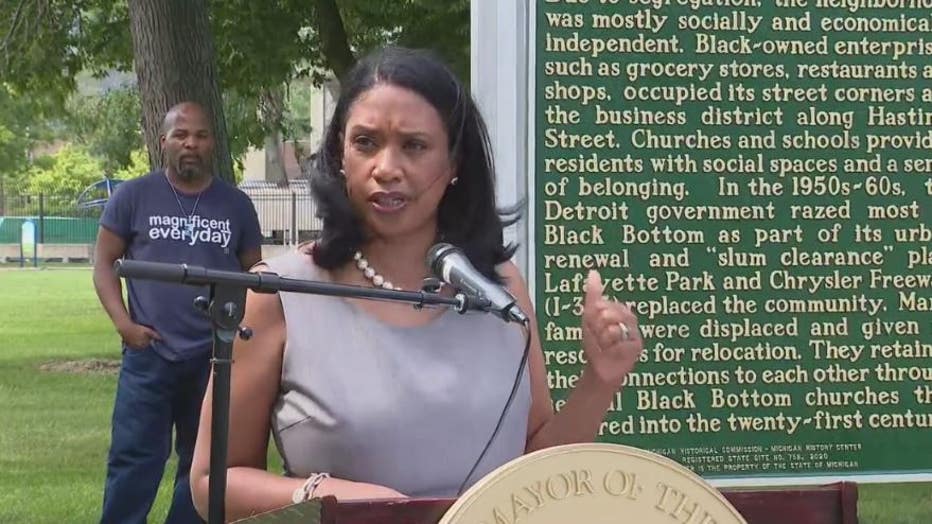 "On behalf of the Michigan Historical Commission, I am thrilled, I am delighted, to not only recognize but approve this marker for Black Bottom," Terry said.