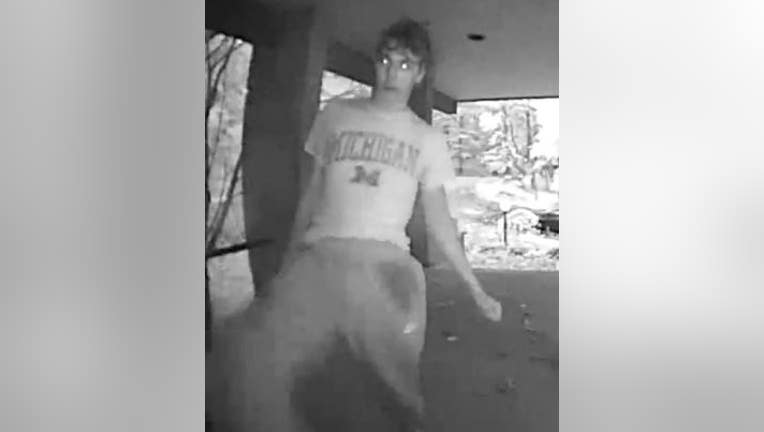 ANN ARBOR TOWNSHIP, Mich. (FOX 2) - A man broke into an Ann Arbor Township home Nov. 13 but was confronted by the homeowner so he ran away and tried to carjack someone else.

Authorities said the suspect broke out the front door of the home in the 200 block of Riverview Drive around 5:30 p.m. When confronted, he fled and tried to carjack a person nearby but failed.

He is described as being white with red, frizzy hair. He is about 6 feet tall with a thin build. He is in his late teens to early 20s.

He was wearing a yellow Michigan shirt and dark-colored pants.