WYANDOTTE, Mich. (FOX 2) - Patrons bellied up to the bar at the Oak Café in Wyandotte, catching the eye of a tipster who called the Liquor Control Commission who then called police.

"We were there merely to provides support and uniform presence at the request at the LCC," said Chief Brian Zalewski, Wyandotte police.

Patrons bellied up to the bar at the Oak Café in Wyandotte, catching the eye of a tipster who called the Liquor Control Commission…who then called police.

A report from the LCC allegedly details an uncooperative owner, bartender, and customers.

On Dec.9, the LCC investigator got to the Oak Café outside a sign "Open for carry out." Inside, they were allegedly serving up drinks, a violation of Covid orders.

The investigator says she tried to order a drink herself, then, a few minutes later said who she worked for. That’s when the group got hostile - and she made a call to police for back-up.

"The Liquor Control Commission has to enforce the law and if they saw a violation in the law, they’re going to have to enforce it and hold the owner accountable," Zalewski said.

The investigator claims patrons kept drinking right in front of her, before eventually leaving. The Wyandotte police chief says his officers didn’t have to intevene.

"They said there was no one acting disorderly, no one being disruptive or disrespectful," Zalewski said. 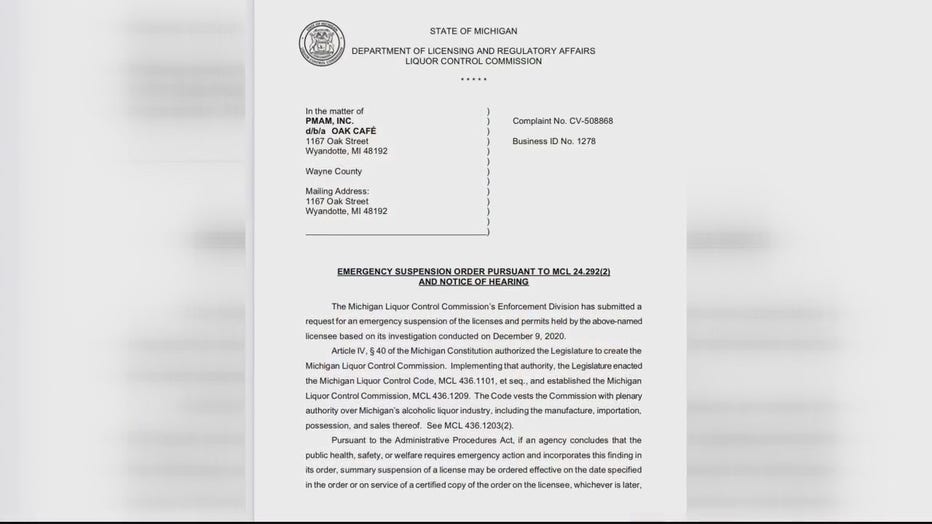 It ended with a suspension of the Oak's liquor license. It differs from how Wyandotte police have handled similar calls of state health department Covid orders.

"We choose to enforce with education," he said.

FOX 2 could not reach the owner of the Oak in time for this story. He’ll be in court via Zoom on Wednesday to see how long that liquor license is lost.

"It’s a catch-22 because these businesses are trying to survive during this pandemic and it's difficult for a lot of them," Zalewski said.

The Liquor Control Commission said in an email, they "respectfully decline our request for an interview or comment" on our story. 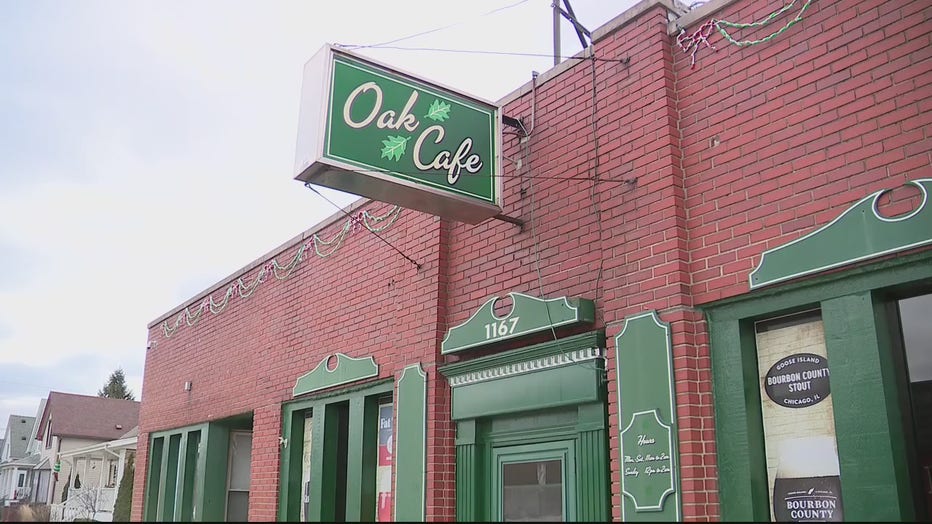