Many activists and consumers have called on companies to take a stand amid protests and calls for racial justice in America.

MCLEAN, Va. - Hours after Quaker Oats announced it would remove the image of Aunt Jemima from its packaging and change the name of the brand, Uncle Ben’s rice said it also plans to follow suit.

Uncle Ben’s owner Mars Inc. said in a statement Wednesday that “now is the right time to evolve the Uncle Ben’s brand, including its visual brand identity, which we will do.”

“We don’t yet know what the exact changes or timing will be, but we are evaluating all possibilities,” the company said. 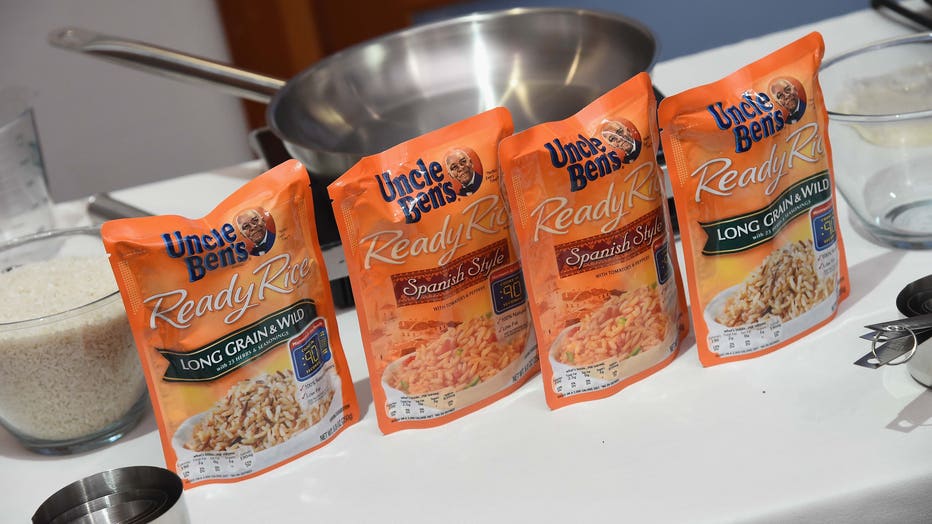 Mars, a global manufacturer of confectionery, pet food and other food products based in Virginia, said it has “a responsibility to take a stand in helping to put an end to racial bias and injustices.”

“Racism has no place in society. We stand in solidarity with the Black community, our Associates and our partners in the fight for social justice,” Mars said. “We know to make the systemic change needed, it’s going to take a collective effort from all of us – individuals, communities and organizations of all sizes around the world.”

On its website, the company credits the “Uncle Ben” name to Texan farmer, Uncle Ben, known for his high-quality rice. The face depicted in the logo is Frank Brown, the head waiter at a Chicago restaurant “who agreed to pose for the Uncle Ben’s portrait.”

But as a New York Times article from more than a decade ago pointed out, the brand name has been criticized considering how white Southerners once used “uncle” and “aunt” as honorifics for older black Americans because they refused to say “Mr.” and “Mrs.”

Earlier on Wednesday, Quaker Oats, a subsidiary of PepsiCo, announced coming changes to the Aunt Jemima brand after acknowledging that its origins “are based on a racial stereotype." Quaker Oats has owned the 131-year-old brand since 1926.

RELATED: Aunt Jemima brand to change name and remove image from packaging due to racial stereotype

“As we work to make progress toward racial equality through several initiatives, we also must take a hard look at our portfolio of brands and ensure they reflect our values and meet our consumers’ expectations,” Kristin Kroepfl, vice president and chief marketing officer of Quaker Foods North America, said in a statement.

The re-branding news comes amid a national reckoning regarding racial injustice in America following the death of George Floyd in police custody on May 25 in Minneapolis. Floyd’s death triggered protests in cities across the country and internationally against police brutality and systemic racism.

Many activists and consumers have called on companies to take a stand or lose their business.

Land O'Lakes similarly announced earlier this year that it would no longer use the Native American woman on its packages of butter, cheese and other products, opting instead for just a landscape. The image had been on the company’s label for nearly 100 years since it was founded in Minnesota in 1921.