DETROIT (FOX 2) - Over the course of the past few years, Operation UNITED has focused on murder cases in Detroit to identify the remains of men and women who were buried without names and link them to their family members via DNA.

Family gets some closure as remains identified after years

It's been 15 years since a body was found near Appoline and Plymouth. It took DNA to identify him as Kareem Law. Now the family wants to know who killed him.

One of these John Does was Kareem Law, who went missing in 2005. His family said his body was later found the same year he was missing. But it took 15 years until they knew that.

According to Law's family, he was killed and burned near Appoline and Plymouth and later buried as a John Doe. In January of 2020, Law's brothers submitted DNA and got a match.

Operation UNITED stands for Unknown Names Identified Through Exhumation and DNA and was started in 2019. The goal is to collect DNA from the remains of unknown murder victims in Detroit.

All samples collected by the operation are sent to the National Missing and Unidentified Persons System (NAMUS) and uploaded into the Combined DNA Index System (CODIS), as well as the FBI’s National DNA Index System (NDIS). The samples are then searched against all appropriate indexes for potential associations

"What if we just took DNA from every unidentified person that we had and get it submitted and once it’s there, anybody that ever comes to report their family missing - if they submit their DNA, we could possibly make more connections," Jones said.

This was a tool that, for many, was unavailable until a few years ago.

While the Law family has some closure and knowing where Kareem Law is, it's far from enough; they want to know who killed him.

"They told us that he had been buried and they exhumed his body and matched his DNA. They let us know that he had been there for years, That was good in a sense because we thought he was out there somewhere," his brother, Karone Law said.

In fact, Kareem was not out there somewhere, he was killed the same year he went missing. His body and his house had all been set on fire.

"They found the body behind a garage. He’d been decomposing for 3 months," Karone said.

FBI special agent Leslie Larsen explains that federal expertise can help with the exhumation of bodies and DNA samples.

"You would think finding a body in a cemetery would be a relatively easy thing to do. These folks have been buried a very long time and over time the grave markers move, the ground shifts and moves, other bodies get placed into holes or areas around there, and sometimes it’s difficult to find the row that those individuals are in or the place within the cemetery," Larsen said.

So far, 48 bodies have successfully been exhumed through Operation UNITED.

People who have missing or unidentified family members are asked to submit their DNA to the Detroit Police Department in hopes of connecting them to possible John or Jane Does. 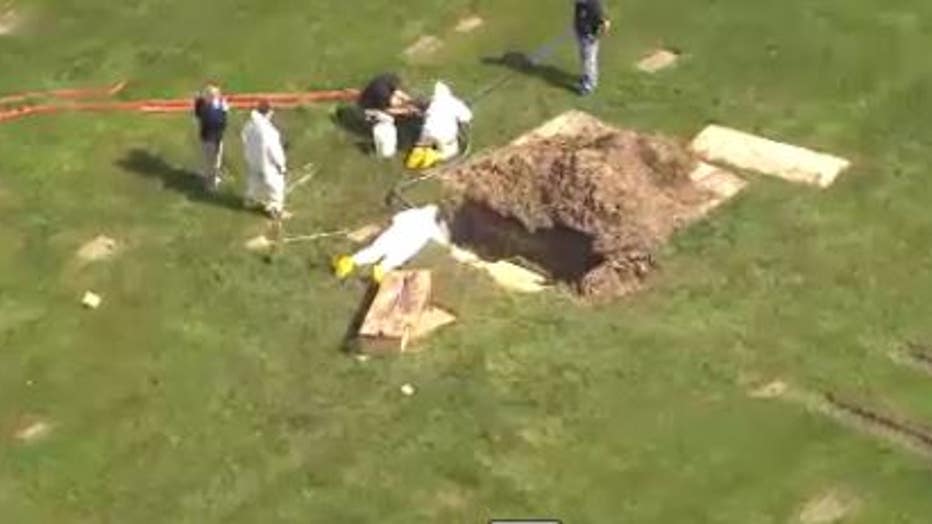