Hundreds of demonstrators which gathered at one point at Detroit police headquarters on Third Street and began to walk down Michigan Avenue. According to some social media traffic, it appears the large crowd has moved to Woodward and are marching on both sides sometime after 7 p.m.

At one point some members of the crowd vandalized a Detroit police car by breaking out windows and spray-painting the side of it. FOX 2 viewer Graystone Maddox shared videos of the damage. 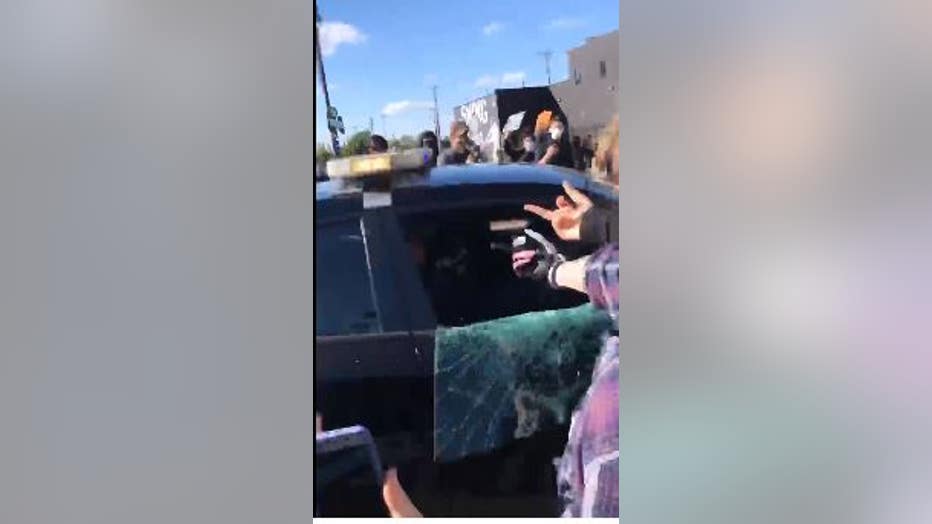 The diverse group marched together with chants of "Black lives matter" fueled by outrage over the killing of African-American George Floyd by a white police officer in Minneapolis.

Detroit police told FOX 2’s Jessica Dupnack that everyone has a right to protest and this is a prime example of that.

More video of the Detroit protest against police brutality

DPD helped facilitate the march with an escort at the rear. Below are some videos shared at the scene, some language may be considered offensive that can be heard in the crowd.

A side scene of an altercation with a protester and police appeared to have happened with the person possibly arrested.

The crowd began to chant "Let him go" and "Hands up, don't shoot."

Mounted police were used to break up portions of the crowd which intensified in numbers.

Stay with FOX 2 for more information as the night continues.