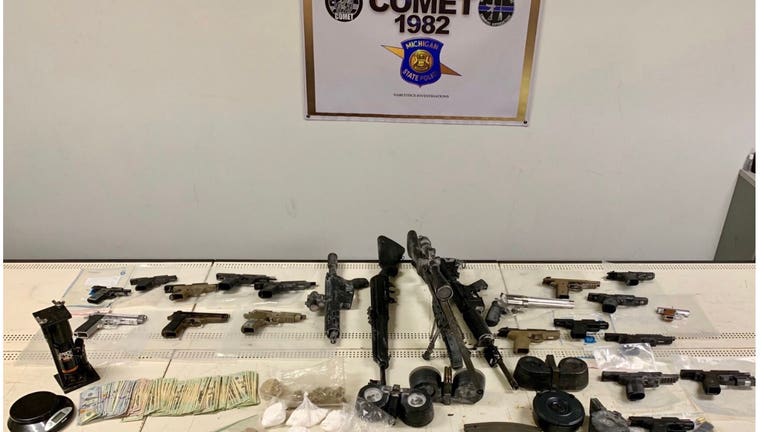 DETROIT (FOX 2) - Michigan State Police say hundreds of grams of various drugs and more than a dozen stolen guns were recovered in a series of raids this week in Detroit.

Three different raids happened on Sept. 18 in the city of Detroit by the MSP Narcotics team for the Macomb County, though MSP didn't specify where or when the search warrants were executed.

This seizure also led to 23 firearms taken off the street. It was determined that 15 guns were stolen and 13 of the recovered stolen firearms were taken in a burglary from a West Virginia gun shop in 2018.

MSP didn't say yet if anyone had been arrested.