ORION TOWNSHIP, Mich. (FOX 2) - A fiery exchange between an armed woman and a mother and daughter at an Orion Twp. restaurant parking lot ended with a gun being pulled out and pointed.

In videos posted to Twitter and YouTube, the armed woman is pointing a pistol at the mom and yelling "back the f**k up!" The mom holding the camera can be heard saying to "get the license plate" and asking for the cops to be called.

Sheriff Michael Bouchard said an argument is believed to have started after two people bumped into each other while one was walking out of a Chipotle.

The heated exchange appears to stem from when the woman bumped into the mom's daughter as they were entering the restaurant. After the mom asked the woman to apologize, the disagreement brewed into a shouting match before a firearm was drawn.

During a press conference Thursday afternoon, Oakland County Sheriff Michael Bouchard announced the woman and the man driving the vehicle are both being charged with felonious assault, a 4-year felony.

Shortly after Bouchard finished his press conference, Oakland County Prosecutor Jessica Cooper announce Jillian Wuestenberg, 32, and Eric Wuestenberg, 42, were charged with the felonies. Both are expected to be arraigned in Rochester on Thursday.

Two different videos were found online, however, the first video has been removed from public view.

In a separate longer video first shared by the Detroit News before getting uploaded to YouTube, it shows the original disagreement that started at the entrance to the restaurant.

According to Bouchard, the argument is believed to have started after two people bumped into each other while one was walking out of a Chipotle.

"Apparently, what had happened - (there) was one common theme between both (stories) - the 3 headed inside Chipotle and one woman headed out with her food, there was a bump as they entered and exit," he said.

Bouchard said someone felt they needed an apology and "it escalated from there". He said it was unclear who the aggressors were.

The videos shows explicit language being shouted at both parties as the white woman shuffles to the side of her car before backing up behind it. As she's backing up, she tells the people "don't you f*cking jump behind my car." The woman holding the camera continues shouting at the person filming before getting back in the passenger seat of the car and leaves.

"This ignorant woman bumped into a 15-year-old and you're on camera and you're feeling threatened," said the person holding the second camera.

The woman responds "you're blocking me from getting into my car."

At this point, a man wearing a purple shirt who was sitting in the driver's seat of the car walks toward the scene, opens the passenger door and the woman gets in. After getting into her car, both parties continue to argue, with accusations of racism being verbalized.

"You're very racist and ignorant," shouts the person filming. 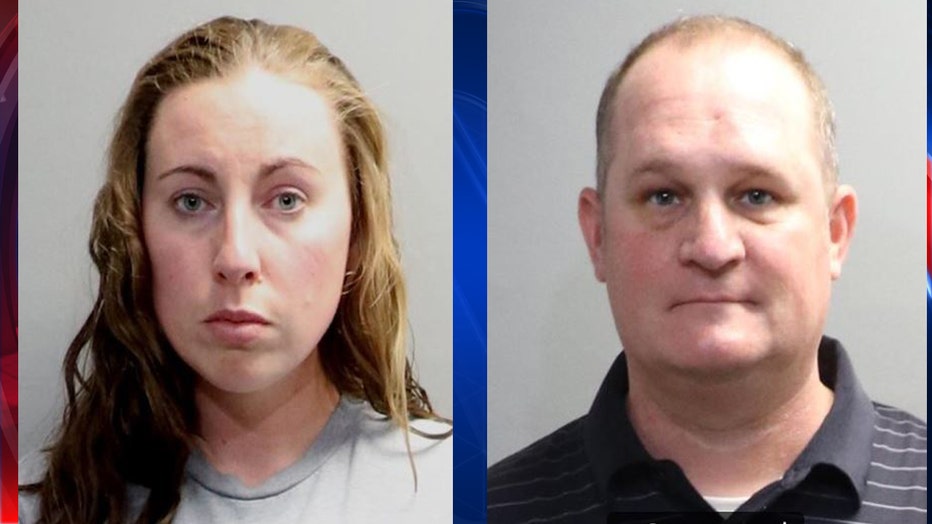 "This is not that type of world. White people aren't racist. No one's racist. I care about you, I care about you and I'm sorry if you had an incident that has made someone made you feel like that," said the woman from the car. "No one is racist."

A slight lull in the shouting commences as the car reverses. As one of the women walks behind the vehicle, it starts backing up, prompting her to shout "You going to f*ckning hit me?" and slaps the vehicle multiple times.

The vehicle stops and that's when the woman exits, seen readying her firearm.

"Get the f*ck away from me!" shouts the white woman as she exits the vehicle. At this point, the original video shared on Twitter starts.

The person who posted the original video said it was her nieces and her mom who were involved at the scene. She later commented saying the police had been called and arrested her, later taking away her gun.

Bouchard said both suspects were holding loaded guns and both had legal Concealed Pistol Licenses (CPLs).