FARMINGTON HILLS, Mich. (FOX 2) - UPDATE: I-275 north and south have been reopened just before 9 p.m. after downed lines caused their closure from storm damage Wednesday.

"We will have to close it sometime in the future to get the wires repaired," said the Michigan State Police Detroit account.

Live wires on the road had both sides of I-275 closed at Grand River in Farmington Hills on Wednesday afternoon.

I-275 closure due to downed power lines

An earlier update from Michigan State Police said to expect the closure to last at least until midnight.

The incident was reported at 5 p.m., and police said the freeway is expected to be closed for several hours.

Drivers were being diverted to I-96. 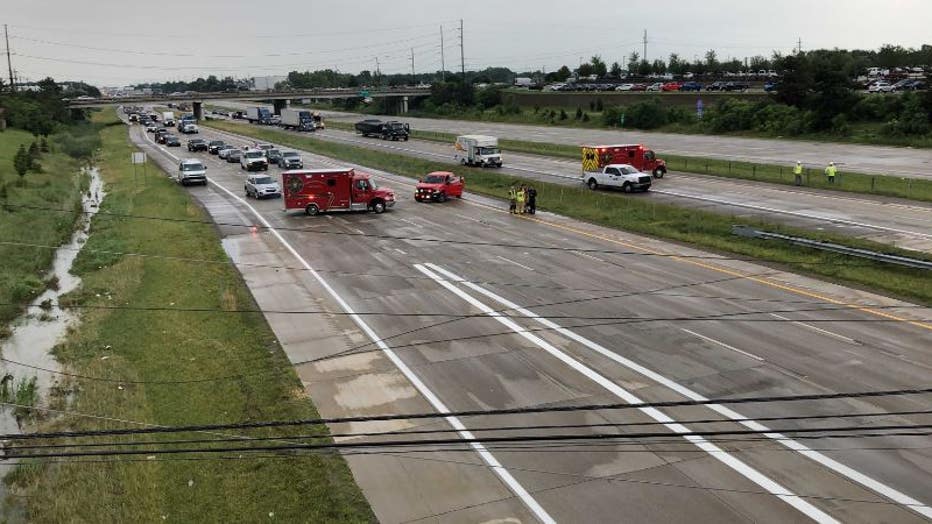 Storms moved through the area, knocking out power and causing damage.