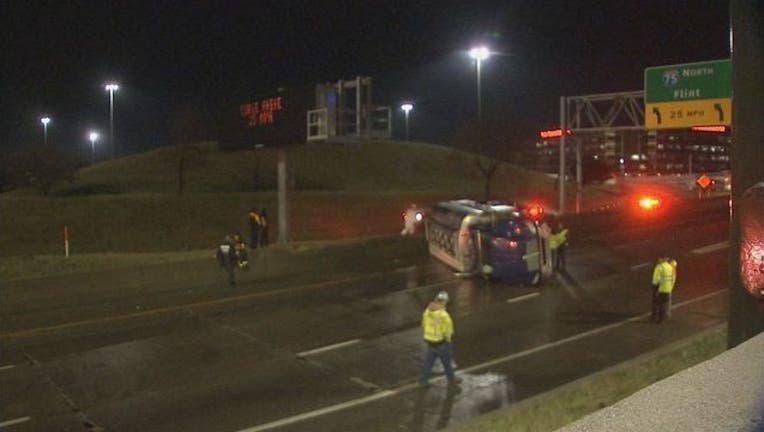 DETROIT (FOX 2) - Crews have finished the clean up on northbound I-75 at Gratiot after a tanker truck overturned overnight. The freeway had been shut down for hours because of the fuel spill.

Michigan State Police says the crash happened just after midnight Tuesday when the driver came into the curve and the truck began to fishtail.

Police say the tanker was hauling a combination of various types of fuel, and the spill caused very slick conditions on the road. The overturn also happened on an incline so fuel has been sliding down the road. It made its way into the catch basins as well.

The truck driver was taken to the hospital with minor injuries.

All lanes opened at Gratiot just before 1 p.m.