DETROIT - UPDATE (8:56 p.m.) Just before 9 p.m. I-75 southbound was reopened following a semi truck rollover at Springwells, according to MDOT.

Southbound traffic near the Rouge River bridge has been blocked and not going anywhere. At about 2:30 p.m., Michigan State Police tweeted a photo of a semi-truck that had rolled over near the bridge.

State Police later said the ETA for the cleanup wasn't clear but was expected to last through rush hour. 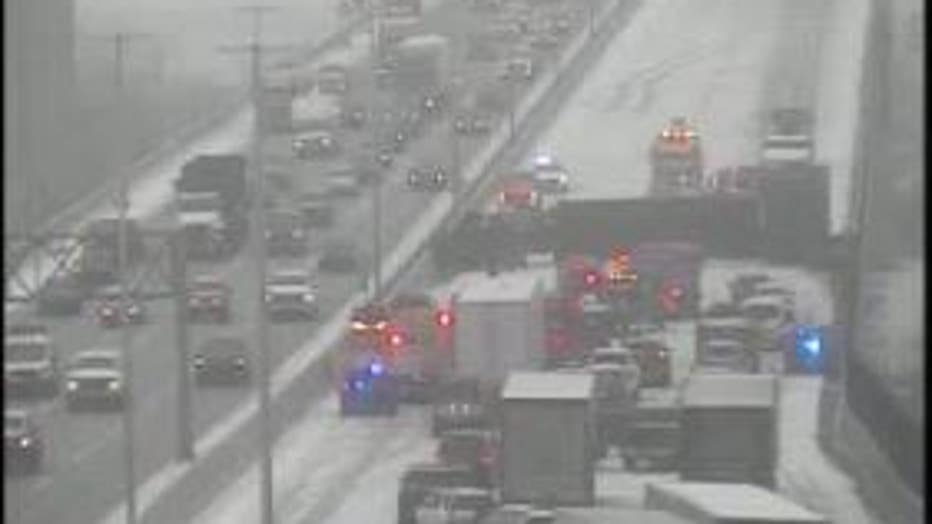 The bridge is near the southern edge of Detroit, connecting drivers between the city and River Rouge.