DETROIT - Vehicles could be as large as SUVs and they still would struggle driving down Detroit's Burnette Street this week.

A water main break on a Detroit neighborhood that spilled water down the street has frozen the entire road, making dangerous conditions for drivers and even freezing some cars to the pavement.

A water main break on the road has frozen most of the residents in their homes and stalled adjacent businesses.

Travel down the residential street was tricky even for larger vehicles that had to climb over ice that was several inches thick.

And then there's Delores Lewis, whose car was covered in ice and frozen to the road.

Ice covered most of the passenger's side of the car while the tires were completely frozen over. Icicles could be seen draped beneath the bumper. While being immobile is one hurdle to get over during Michigan's cold spell, Lewis has also been asked to move her car - something she literally cannot do. 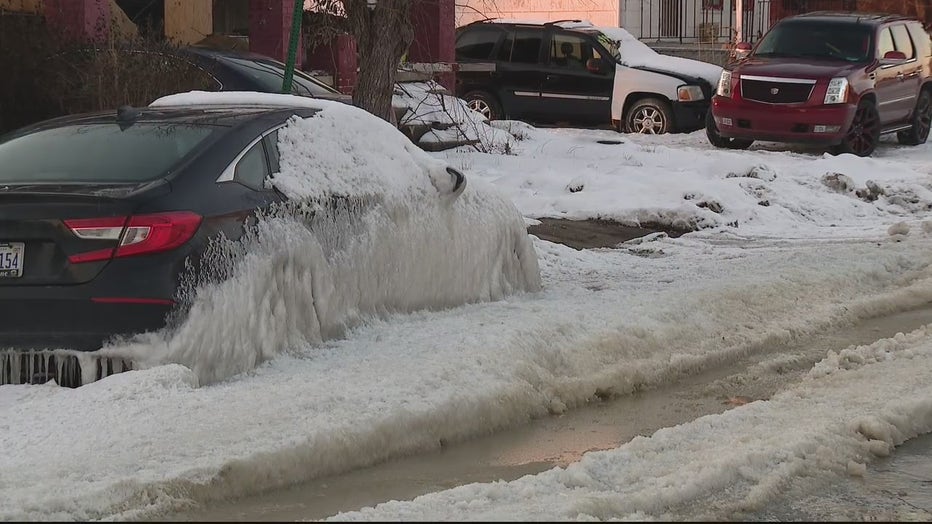 Delores Lewis's car, frozen to the pavement after a water main break on Burnette Street

"One of the police officers told her she had to move it out of the street,"  said Michael Mims of Mims Automotive. "How's she gonna move it? The street's frozen!"

Mims's business sits at the end of the street. Known as "Mister Mike" in the neighborhood, he's long been a guardian angel for drivers stuck in the winter. He says he's towed about 10 people in the past three days.

He says he keeps an eye on drivers with the cameras in his shop.

Another business owner, Delvon Jones, says he got stuck leaving his uncle's house the night before.

"I run my own business - a small engine repair company and I got six customers that I couldn't even reach because of this problem," said Delvon Jones, whose car also got stuck.

The Detroit Water and Sewerage Department said a water main broke on the street about three weeks ago. DWSD originally responded to the issue by pouring salt and scraping the street. 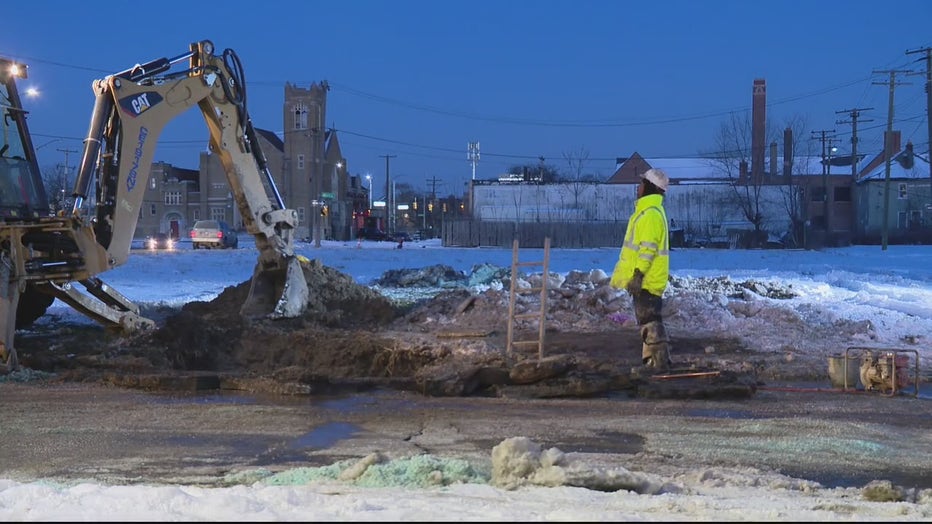 However, water continued to pour out, creating a mess for residents.

Crews were out before sunrise on Tuesday and worked through sundown. In a statement sent to FOX 2 Tuesday night, the DWSD said the water main had bene repaired and they'll begin removing ice off the street.

However, more water mains breaks are expected in the future, they say, as temperatures continue to fluctuate. If residents notice any flooded streets or bubbling water, they're asked to notify them immediately.