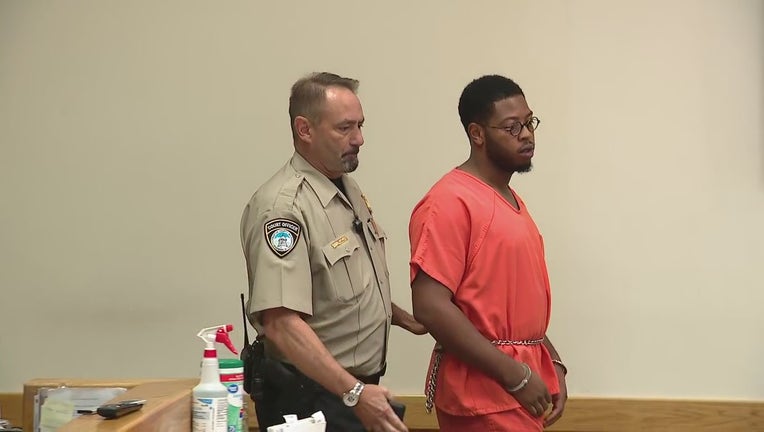 LIVINGSTON COUNTY, Mich. - Inkster Rep. Jewell Jones will remain in jail after a judge denied his attorney's request to reinstate his bond.

Jones had another court appearance Friday following a requested mental health evaluation made earlier in October. His attorney argued that Jones' civil infractions and his history attending every previous court appearance should be factored into the decision.

But the prosecutor argued it was Jones' multiple bond evaluations, including one case where his tether detected trace amounts of alcohol that should keep in jail.

"(At) every bond violation, he has increased his level of defiance of the court," said Livingston County Assistant Prosecuting Attorney Tracy Meyer.

During Jones' Oct. 1 court appearance, Jones parted ways with one of his attorneys while his other lawyer requested a delay in proceedings to make time for a psychological evaluation.

Jewell Jones will undergo a psych evaluation after his latest bout of trouble with the law.

Apart from a last piece of evidence the defense had requested, the discovery phase of Jones' defense is done.

A final motion is scheduled for Nov. 4.

CORRECTION: A previous version of this story misattributed a quote to the Livingston County chief assistant prosecutor.