Jewell Jones will undergo a psych evaluation after his latest bout of trouble with the law.

LIVINGSTON COUNTY, Mich. (FOX 2) - The attorney for Michigan Rep. Jewell Jones has stepped down from the case.

His now-former client will undergo a psychological evaluation after repeated problems with the law.

Jones was in court on Friday for a pre-trial hearing, where the judge ordered a mental health evaluation.

Jones, who has been in and out of courtrooms for much of the year, brought a handcuff key to jail when he was scheduled to be sentenced following a third bond violation. He had tried to tape the key to the bottom of his foot.

As he walked into court Friday, his attorney Ali Hammoud, resigned from the case.

"I believe it’s in the best interest that I step down as there has been a breakdown in attorney-client privilege," Hammoud said.

But Jones has the right to an attorney and former Inkster Mayor Byron Nolen is filling that role. He asked the judge for a mental health evaluation before the case moves forward - a request that was granted.

"Some of the allegations they've made against him have been a little bizarre and uncharacteristic of him - so we want to make sure he’s OK first," Nolen said.

Jones' first run-in with the law was in April when he allegedly crashed an SUV while driving drunk but he violated conditions of his bond three different times and had his bond revoked on Tuesday and ordered held in the Livingston County Jail.

The next day, Livingston County Sheriff Michael Murphy called him 'A real piece of work' and said he tried to sneak a handcuff key into the jail when he was arrested.

"This guy just seems to think that he can continue to thumb his nose at the judicial system. Frankly, we don’t play like that in Livingston County," he said.

His new attorney said they've spoken nearly every day and that his client is in good spirits.

"I’ve been talking to him basically every day, so he’s in good spirits, staying strong, and trying to do what he needs to do to get through this situation," Nolen said.

Jones had support from a colleague in representative Sherry Gay-Dagnogo who said Jones is like a son to her.

"You ask any member in the House on either side of the aisle if these latest series of events represent who Jewell Jones is and they will tell you no," she said.

Hammoud told FOX 2 that the case was winnable at one point but it will now all hinge on the psych evaluation. 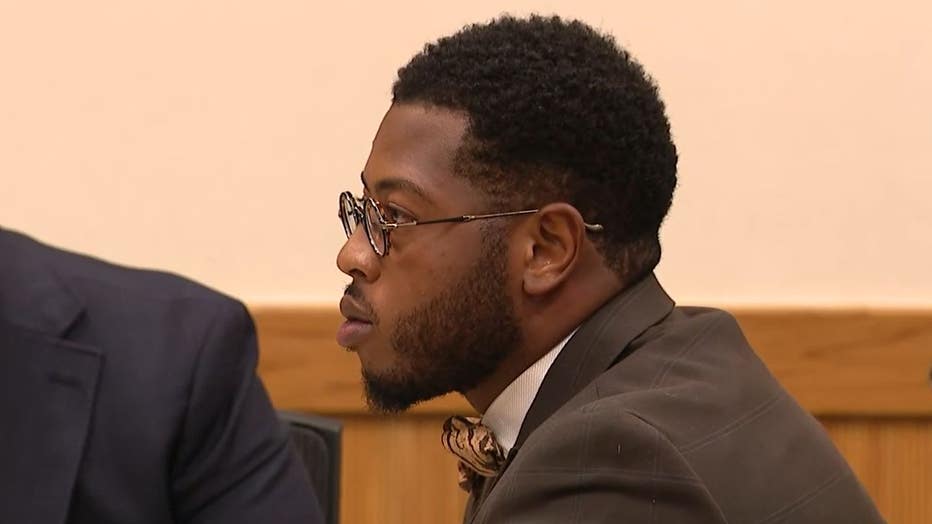 Jewell Jones during his bond violation hearing on Sept. 14, 2021.