It's a piece of history nestled on the corner of a quiet street in Grosse Pointe Park. Looking at it from the street, you'd never guess the house used to be the party house for gangsters and mafia bosses.

The home at 701 Middlesex was built in the early 1950s by a mafia lieutenant to 'the Godfather' who lived across the street at 702. 'The Godfather' was Joseph Zerilli, a prohibition-era Detroit gangster who led the crime family known as the Detroit partnership. Al Capone is rumored to have visited the Zerilli house, as the families divided up territory from Detroit to Chicago.

The lieutenant and his family lived at 701 through two generations, and then the home was sold "out of the family" to a businessman who eventually lost the home to bankruptcy and foreclosure. The businessman spent his last few months there living behind newspapered windows, and took apart fireplaces, chandeliers and other valuable originals.

The home was eventually brought back to life by another well-known Detroiter, Kirk Gibson. He played for the Tigers in the '80s. The current homeowners, Dr. Donald and Diane Strickler, bought the home from Gibson in 1997.

Since then, they have enjoyed living in the home telling the famed tales from the mafia days, and celebrating many family holidays in the home - including their daughter's wedding in the beautifully landscaped backyard.

Aside from the Italian architectural influences and mid-century modern details, the coolest part about this home is the mystery of it all. There may or may not be a tunnel leading to the house across the street, and there's suspicious square footage in the middle of the house the Strickler's have never been able to access.

The layout of the house is unique and can get a little confusing -- it's built with an inner corridor system which allowed "guests" to enter and exit the business room without crossing paths with other guests. (Ever see 'The Godfather'?)

There's five bedrooms, each with a fun mid-century modern attached bathroom. The Stricklers like to joke how perfect this house would be for a bed and breakfast, or a listing on Air B&B.

Other cool features are original Italian tile and marble, wine cellar, multiple wet bars, and a garden room with a water feature.

The Stricklers are selling the home, but doing it in an unconventional way: the home is up for sale by auction.

Beth Rose of Beth Rose Real Estate and Auctions says an increasing number of historic, luxury homes in the area are choosing to be for sale by auction. She says homeowners love it because the auction usually drums up more attention, and they know exactly which date their house will be sold.

It's hard to say how much this house will go for, since there's no minimum or maximum bid.

You're invited to check out the home during two open houses: June 7 and June 14 from noon - 3 p.m. The auction will take place at the home on Saturday, June 20 at noon. 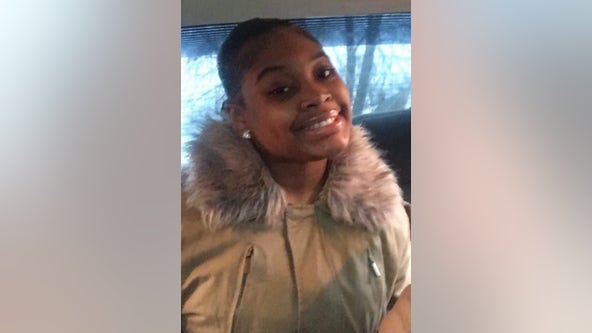