DETROIT (FOX 2) - A Detroit man has filed a lawsuit against former MSP trooper Mark Bessner, claiming the jailed trooper pepper-sprayed him and tased him while he was vomiting after a night out drinking.

According to the lawsuit filed Friday, Derek Mack says he was out one night in November 2016. He said in the lawsuit he was the passenger in a car that night and he had too much to drink on an empty stomach. The car had been pulled over by Bessner and other MSP officers and when he tried to vomit on the side of the road, he said he was pepper-sprayed, tased, and beaten Bessner.

Mark Bessner is the former MSP trooper who was convicted of involuntary manslaughter for the death of 15-year-old Damon Grimes for firing a Taser at him while he was riding an ATV. He was sentenced in May to 5-15 years in prison.

Mack said he was the passenger in the car and told the driver to pull over because he was going to be sick. He said the driver said they were almost at the destination so he asked him to try to hold it.

When the officers stopped the car, Mack said he was still feeling nauseous so he rolled down the window, leaned his head out and tried to vomit outside the car.

When that happened, he said he was "almost immediately" pepper-sprayed in the face by Bessner. The man fell back into the car and then threw up inside.

Mack said Bessner then opened the door to try and pull him out. Bessner let him finish vomiting and then threw him to the ground and tasered him repeatedly, the man said.

Mack was compliant with Bessner and the other troopers, he said, but Bessner still tased him 4 times for about 5 seconds each time, without giving him a chance to obey any instructions.

In the lawsuit, Rucinski and Sgt. Martin witnessed what happened but didn't try to stop the "unlawful attack" by Bessner. Instead, Mack claims they joined in and hit him in the stomach, causing him to throw up again.

Mack says they kicked, dragged, handcuffed, and then "aggressively lifted" him to his feet.

At that point, he said he was bleeding from multiple places while Bessner and others stood around laughing and cracking jokes. He even claimed one of the officers said: "hold him right there until I take a picture of it." 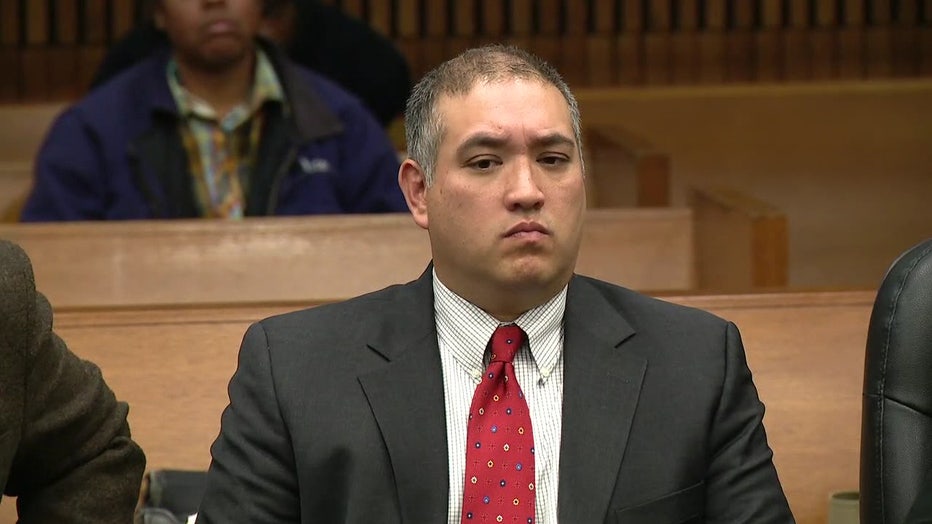 Mark Bessner, former Michigan State Police Trooper, is accused of pepper-spraying and tasing a man who was sick after a night out drinking.

Mack was taken to the Detroit Detention Center and charged with a felony charge of resisting arrest.

According to the lawsuit, his attorney says this was done "for the sole purpose of attempting to justify the force used" by Bessner and the other officers. The attorney also claims that all three MSP officers knew that, in all likelihood, Mack would be offered a misdemeanor plea deal and that he would be pressured into accepting.

His attorney argues this was done because if Mack is convicted of a crime of resisting the police, even if it is a misdemeanor, "nobody would dare question (the officers) use of force."

Mack's attorney argues that the officers conspired together and sought the "trumped-up" charges and, when offered the misdemeanor plea deal, Mack accepted.

Mack was charged with a felony resisting arrest on November 7, 2016, and accepted the misdemeanor plea bargain on November 15, 2016, his attorney says.

His attorney says the plea deal was done so the officers could justify the physical attack and that the prosecutor only charged him with the misdemeanor because of "lies communicated by the officers".

Bessner and the other officers are being sued by Mack on charges that they violated his constitutional rights in the arrest.

The lawsuit does not cite a specific monetary amount but does ask for a jury trial and to be awarded punitive damages.

"Mr. Mack filed a complaint with the Michigan State Police in March 2017, and a full and complete internal affairs investigation was conducted.

"That investigation, which included a review of video evidence of the traffic stop, found Mr. Mack's allegations of excessive force to be unfounded.

"The Michigan State Police takes very seriously all allegations of misconduct, but it's important to note that this lawsuit filed last week contains only the unsubstantiated allegations of the plaintiff and not a full accounting of the facts surrounding a situation."

See below to read the lawsuit:

Information from The Associated Press was used in this report.