DETROIT (FOX 2) - It was a busy day yesterday for the former Detroit police chief James Craig as he first announced an exploratory committee to run for governor and than last night he said he was running to defeat Gov. Gretchen Whitmer.

It was a busy day yesterday for the former Detroit police chief James Craig as he first announced an exploratory committee to run for governor and than last night he said he was running to defeat Gov. Gretchen Whitmer.

Former Detroit Police Chief James Craig in his first campaign commercial is shown driving around his town. Some of his advisors have told him he can not win this race for governor if his only issue is law and order. But for the first two minutes of the 4-minute commentary, it was all law and order.

The chief, running as a Republican, noted that lots of major cities burned after the George Floyd death but he took credit for this, saying "Detroit never burned.

Later on he said he wants to fix education and he says he knows what is going on with small businesses. He also wants to solve the employment concerns, but Democrats complained there were no specifics on how to do all that.

He did not call the governor by name, but he indirectly took a swipe at her alleged conduct during the pandemic.

"None of this rules for thee, not for me. Michigan has had enough of that," he says in the video."We need to bring our state back by leading from the front. there is not much of that going on today."

Then last night he told FOX News anchor Tucker Carlson he is running for governor but did not make a formal announcement and this time he did mention the governor by name. Although he mispronounced it.

"Let's talk about Governor WhitMORE," he said. "I'm going to show the governor what leadership looks like."

The chief said he was already being attacked and was ready for a fight when Carlson said:

"Wait 'til they call you a white supremacist," Carlson laughed.

Meanwhile, the Michigan Democratic Party was taking its own political jabs at the new candidate.

"We know Craig has no plans to grow the economy. He wants more guns in Detroit and we know he praised Governor Whitmer's leadership before he was against her. with no plans James Craig is wrong for Michigan." 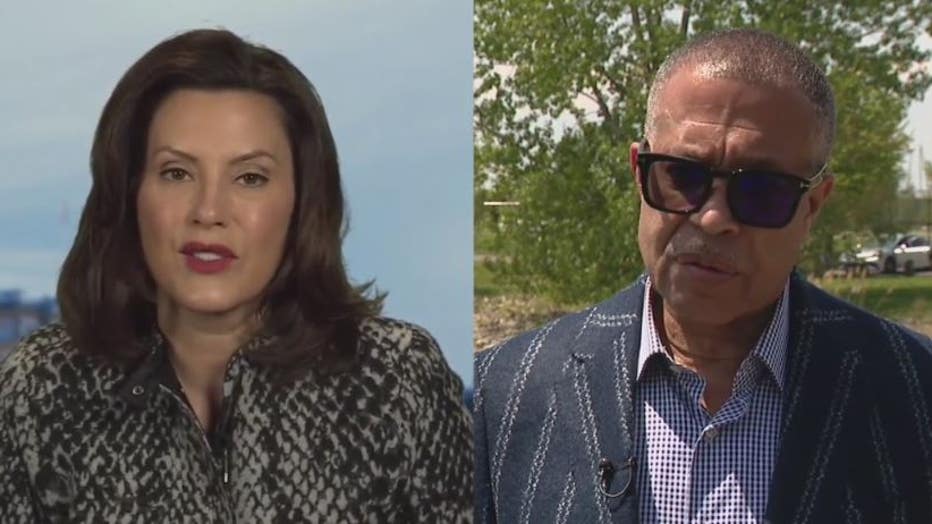 A head-to-head matchup with Governor Whitmer is what the chief wants in 2020. If he can get through a GOP primary if there is one.