Moviegoers already treated to a pre-screening of the upcoming Suicide Squad film were gifted an even better experience by the showing of one of WWE's biggest wrestlers: John Cena. The 16-time champion plays Peacemaker in the movie.

BIRMINGHAM, Mich. - At the Birmingham 8 Theater, movie watchers had an additional treat this weekend in including early access to The Suicide Squad film.

Prior to the start of the movie, Peacemaker, played by the popular WWE wrestler John Cena, rushed to the front of the theater to surprise fans and toss out movie-themed shirts.

"You're not ready for what you are about to see," said John.

The Suicide Squad is the second addition to the franchise. It stars old characters, like Harley Quinn, and new ones like King Shark, Blood Sport, and Peacemaker of the DC universe.

"John Cena in my movie theater? Yes!" a fan yelled. 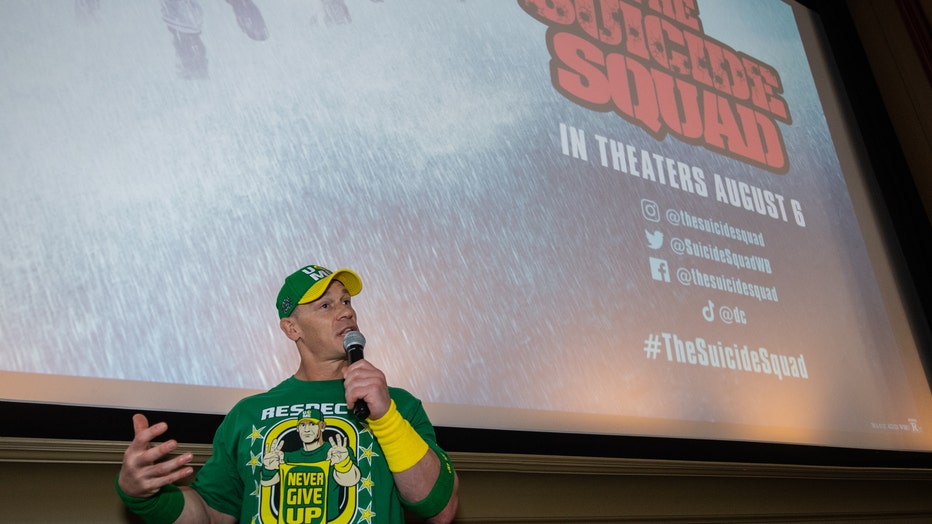 The Suicide Squad comes to theaters on August 6th.

Get your tickets today.