LANSING, Mich. - A judge dismissed disorderly conduct charges Monday against six hair stylists who were ticketed last spring during a protest at the Michigan Capitol. 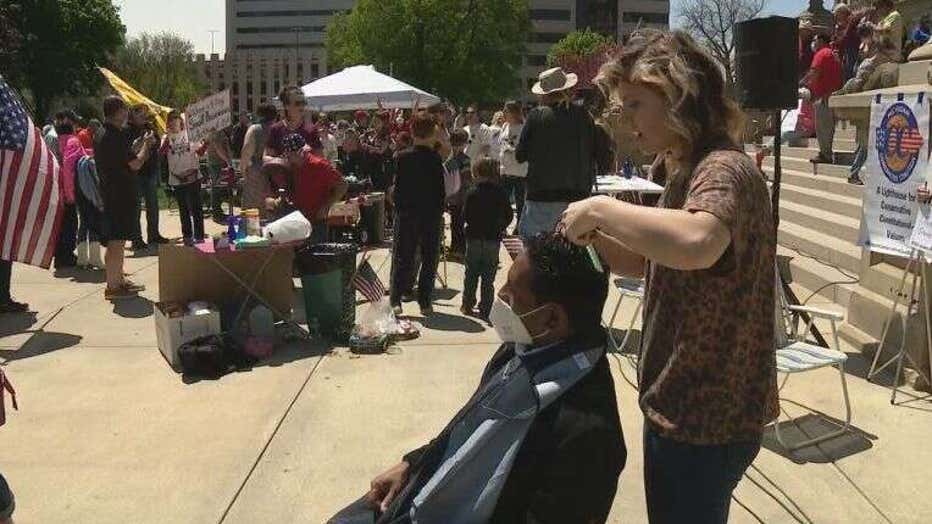 The women were cutting hair to protest Gov. Gretchen Whitmer's decision to keep barber shops and salons closed for nearly three months because of the coronavirus pandemic.

The women argued that the tickets had to be dismissed after the state Supreme Court in October said many Whitmer orders were issued under an unconstitutional law.

"It is a relief that they no longer face the prospect of having a criminal record and potential jail time for merely exercising their right to peaceably speak out," Kallman said.

There was no immediate comment from the attorney general's office.

Barbers and hairstylists emerged as activists in Michigan mostly because of the defiance of Karl Manke, a barber in Owosso who dared state authorities to shut him down. He, too, cut hair for free at the Capitol with a "Freedom!!!" banner behind him.