FOX 2 - Federal Judge Linda Parker ordered Thursday that Oakland County Jail produce a list of medically vulnerable inmates that could be released in light of the COVID-19 pandemic.

The judge filed an opinion Thursday that home confinement or early release is the only reasonable response to the COVID-19 pandemic. The decision opens the door to potentially hundreds of inmates.

A judge issues an order that could pave the way for the release of some medically-vulnerable inmates.

Bonita Cameron was moved to tears at the thought of her brother, Jamaal, finishing his jail sentence at home.

"It is very overwhelming for me, he's my only family in the Pontiac area," said Cameron.

"If they're in the Oakland County Jail or Wayne County Jail it's almost certain they've been charged with something that carries a jail sentence under one year," said Thomas Harvey. "So I think we know by definition that this is not a charge that our society believes should be a death sentence and right now, being inside those jails is a death sentence."

Harvey is an attorney from the Advancement Project -- one of several groups that represented Cameron and four other inmates in a lawsuit against Oakland County.

"Every medical expert in America understands that social distancing is the key to preventing the spread and unnecessary infection and death from COVID-19," Harvey said. "A jail is not an environment where it's possible to do that."

The Oakland County Sheriff's office released a statement saying, "The law enforcement community is gravely concerned with the consequences of judge parker's decision. The potential effect of the language taken directly from Judge Parker's opinion infers all medically vulnerable inmates currently incarcerated in any jail or prison in the united states must either be placed in home confinement or released, irrespective of the inmate's violent history and irrespective of the proactive response efforts taken by the facility." 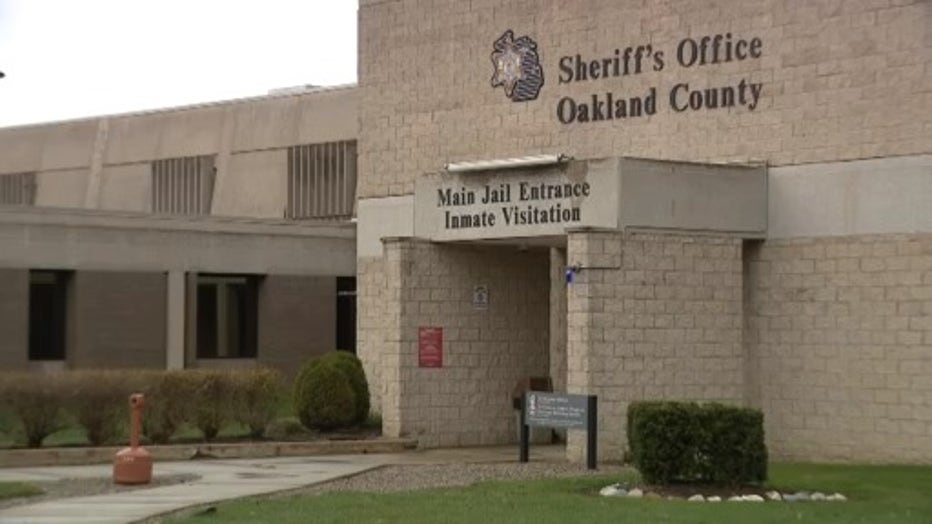 Judge Parker's order also requires the jail to provide inmates with soap, towels, cleaning supplies and hand sanitizer.
Undersheriff Michael McCabe told FOX 2 in April the jail was providing those items except for the last one.

"You know most hand sanitizer has 65 to75 percent alcohol in it," McCabe said. "Well, we had hand sanitizer in several areas of the jail and several months ago we had to take it out. They were drinking the hand sanitizer. We had four inmates who became intoxicated."

"I have no clue whether or not that happened or if that's just the imagination of the undersheriff," Harvey said. "What I do know is this is the exact same statement that every jailer in this country says when asked to provide people the most basic necessities to protect themselves against the spread of this disease."

Harvey says some inmates like Cameron could be released as early as next week.

"For him he's excited because he's a family man," Cameron said. "He got kids and he's very active with his family and yes he did make a mistake, but that does that mean he has to be in there and maybe not be able to come out because of the coronavirus?"

In a few days if the Court of Appeals will take up this case. Oakland County is asking for the court to stop the release of any medically vulnerable inmate until it reviews today's order.