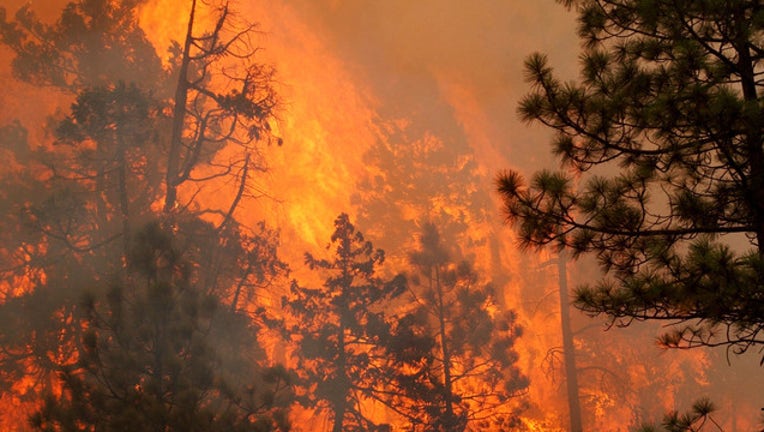 HOOD RIVER, Ore. (AP) - A teenager who started a major wildfire in the scenic Columbia River Gorge in Oregon has been ordered to pay restitution for at least the next decade, though it's unlikely the boy will ever cover his nearly $37 million bill.

The Oregonian reports that Hood River County Circuit Judge John A. Olson issued the opinion on Monday, awarding the restitution totaling $36,618,330.24 to cover the costs of firefighting, repair and restoration to the gorge and damage to homes. Victims include the U.S. Forest Service and Oregon Department of Transportation.

The 15-year-old from Vancouver, Washington, earlier this year acknowledged wrongdoing and said he threw two fireworks in Eagle Creek Canyon on Sept. 2 when flames spread quickly. The fire caused evacuations, an extended shutdown of a major interstate highway and devastation to a major outdoor tourist attraction.

The judge's order notes that the boy can set up a payment plan, though payments can be halted after 10 years as long as he complies, completes probation and doesn't commit other crimes.

At a hearing last week, the boy's lawyer urged for a "reasonable and rational" penalty, calling the $37 million sought an "absurd" amount for the child. The restitution is solely the responsibility of the teen, and not his parents, who came to the U.S. from Ukraine.

Olson called it "an extraordinary amount" and then deferred on a separate restitution order because he wanted more time to review the case. The judge said the largest figure he could find for prior juvenile restitution cases in Oregon was $114,000.

The teen in February pleaded guilty to reckless burning of public and private property and other charges. Olson sentenced him to community service and probation, and the boy had to write more than 150 letters of apology to those affected by the fire that burned 75 square miles (194 square kilometers).

State law allows the Oregon Department of Revenue to garnishee the teen's bank accounts or paychecks. If he's due refunds on his tax returns, the state could take those. If he wins the lottery, the state also could collect all of his winnings.

Anger at the boy was so intense that authorities withheld his name to protect his safety. He's listed in court papers as A.B.

Information from: The Oregonian/OregonLive, http://www.oregonlive.com