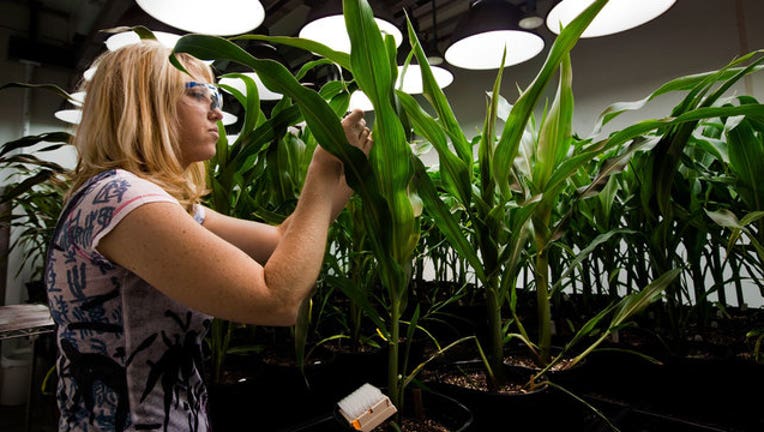 SAN FRANCISCO (AP) - Claims that the active ingredient in the widely used weed killer Roundup can cause cancer have been evaluated by international agencies, U.S. and foreign regulators and the product's manufacturer -- agribusiness giant Monsanto.

Now, a federal judge in San Francisco will conduct his own review during an unusual set of court hearings scheduled to start Monday. It has big stakes for Monsanto and hundreds of farmers and others who have sued the company.

U.S. District Judge Vince Chhabria will spend a week hearing from experts to help decide whether there is valid scientific evidence to support the lawsuits' claim that exposure to Roundup can cause non-Hodgkin's lymphoma.

Chhabria is presiding over more than 300 lawsuits against Monsanto Co. by cancer victims and their families who say the company long knew about Roundup's cancer risk but failed to warn them.

The plaintiffs must first persuade Chhabria, however, that he should allow their epidemiologists and other doctors to testify to a jury that Roundup can cause cancer. Many regulators have rejected the link, and Monsanto vehemently denies it and says hundreds of studies have found glyphosate -- Roundup's active ingredient -- is safe.

Chhabria will not determine if the cancer connection exists, but whether the claim has been tested, reviewed and published and is widely accepted in the scientific community.

"It's game over for the plaintiffs if they can't get over this hurdle," said David Levine, an expert in federal court procedure at the University of California, Hastings College of the Law.

Monsanto developed glyphosate in the 1970s, and the weed killer is now sold in more than 160 countries. Farmers in California use it on more than 200 types of crops. Homeowners use it to keep their lawns and gardens pristine.

St. Louis-based Monsanto also sells seeds genetically modified to produce crops that can tolerate being sprayed with glyphosate as the surrounding weeds die.

But the herbicide came under increasing scrutiny after the International Agency for Research on Cancer, based in Lyon, France -- part of the World Health Organization -- classified it as a "probable human carcinogen" in 2015. A flurry of lawsuits against Monsanto in federal and states courts followed, and California added glyphosate to its list of chemicals known to cause cancer.

Christine Sheppard, among those suing Monsanto, said she sprayed Roundup for years to control weeds on her Hawaii coffee farm. In 2003, she was diagnosed with non-Hodgkin's lymphoma and given six months to live. Now 68, she is in remission but experiences severe pain in her hands and legs from her cancer treatment and has a weak immune system. She believes Roundup is to blame.

"The thing that really gets to me right now is when I walk into Home Depot and places like that and see Roundup still for sale, still advertised as the best thing people can use," said Sheppard, who now lives near San Diego.

Monsanto has attacked the international research agency's opinion as an outlier. The U.S. Environmental Protection Agency says glyphosate is safe for humans when used in accordance with label directions. A draft report by the agency last year concluded the herbicide is not likely to be carcinogenic to humans. The report noted science reviews by numerous other countries as well as a 2017 National Institute of Health survey had reached the same conclusion.

"There are more than 800 published studies -- scientific, medical and peer-reviewed -- which demonstrate that glyphosate is safe and there is no association whatsoever with any form of cancer," said Scott Partridge, vice president of strategy at Monsanto.

A federal judge in Sacramento last week blocked California from requiring that Roundup carry a label stating that it is known to cause cancer, saying the warning is misleading because almost all regulators have concluded there is no evidence glyphosate is a carcinogen.

Timothy Litzenburg, an attorney for the plaintiffs, said the connection between glyphosate and cancer is not "junk science."

"You can just do a literature search and find many, many peer-reviewed, published articles concluding that glyphosate exposure increases the risk of non-Hodgkin's lymphoma," he said.