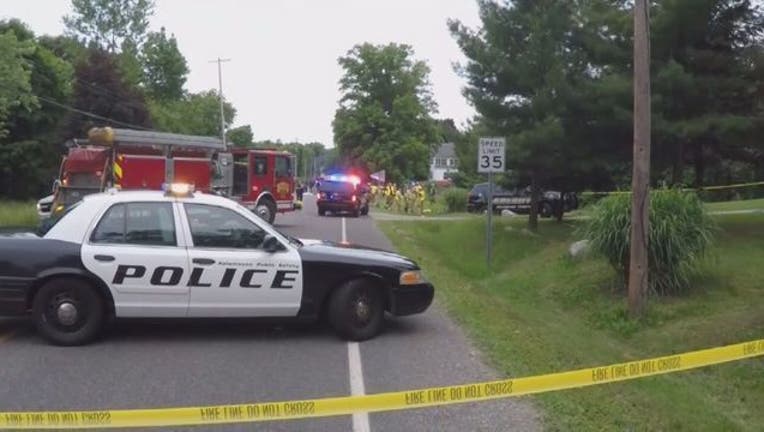 KALAMAZOO, Mich. (AP) - A man who was under the influence of drugs has been convicted of second-degree murder in a crash that killed five bicyclists in southwestern Michigan.

Charles Pickett's trial lasted just a few days in Kalamazoo County. There was no dispute that he had swallowed painkillers and other drugs before driving, although his lawyers argued that murder charges were excessive. He now faces up to life in prison.

Pickett's truck plowed into a pack of bicyclists on a rural road in Cooper Township, 140 miles (209 kilometers) west of Detroit, in June 2016. Nine people were hit, including five who died from their injuries.

Cops: Driver on drugs when Michigan bicyclists were killed

A woman who was with Pickett earlier that day said he had attended a cousin's funeral and swallowed a handful of drugs.

Pamela Barletta said she told Pickett: "'That's real smart, Charlie.' ... Before I could say anything else he just drove away."

The National Transportation Safety Board said better communication between dispatchers might have alerted police to stop the 52-year-old while he was driving erratically through different communities before the crash.