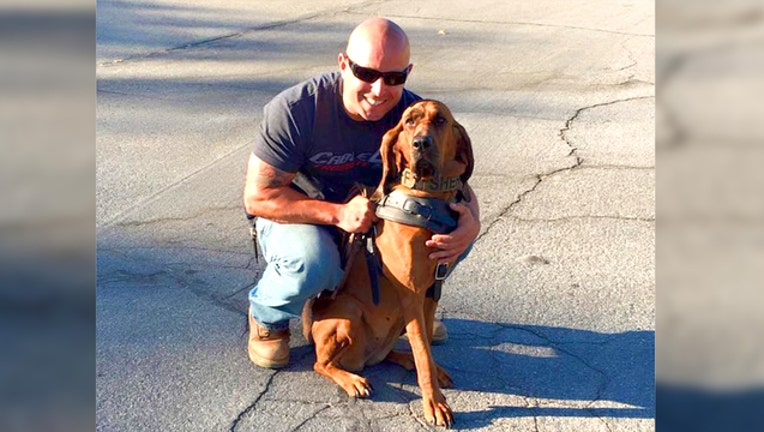 SAN BERNARDINO, Calif. (FOX 13) - A K-9 and her handler helped rescue a girl who'd apparently been drug into the woods by a man early in the morning.

The Rancho Cucamonga Police Department described the ordeal on it's Facebook page. It said K-9 Deja and her handler, Deputy Stone from the Twin Peaks Sheriff's Station were called to nearby mountains around 3:00 a.m. Tuesday after a girl went missing from her home.

Police said the girl was last seen being taken into the woods by an unknown man - and drag marks and the girl's purse were found nearby. Local media later reported the man may have been the girl's boyfriend.

Police said Deja trailed through a wooded area, up to a house. Officers found the girl and the suspect inside.

The man was arrested for kidnapping.