Johnson played a key role in NASA’s voyages to the moon. She helped calculate the trajectory for Alan Shepard’s Freedom 7 mission in 1961.

Katherine Johnson, the mathematician profiled in the movie “Hidden Figures” has passed away.

Johnson played a key role in NASA’s voyages to the moon. She helped calculate the trajectory for Alan Shepard’s Freedom 7 mission in 1961.

Shepard’s spaceflight was the first for a human from the United States.

“NASA is deeply saddened by the loss of a leader from our pioneering days and we send our deepest condolences to the family of Kathrine Johnson,” NASA administrator Jim Bridenstine said in a statement. “Ms. Johnson helped our nation enlarge the frontiers of space even ash she made huge strides that also opened doors for women and people of color in the universal human quest to explore space.”

In the 1940s, NACA began recruiting African-American women to work as computers in the West Area Computing Unit. The women had segregated bathrooms and dining rooms.

Johnson also co-authored a report that provided the equations for orbital spaceflight with a specific landing point. It made her the first woman to be recognized as an author of a report from the Flight Research Division.

“I loved going to work every single day,” she said, according to her biography on NASA's website.

In 2015, President Barack Obama honored her with the Presidential Medal of Freedom, the nation's highest civilian honor. 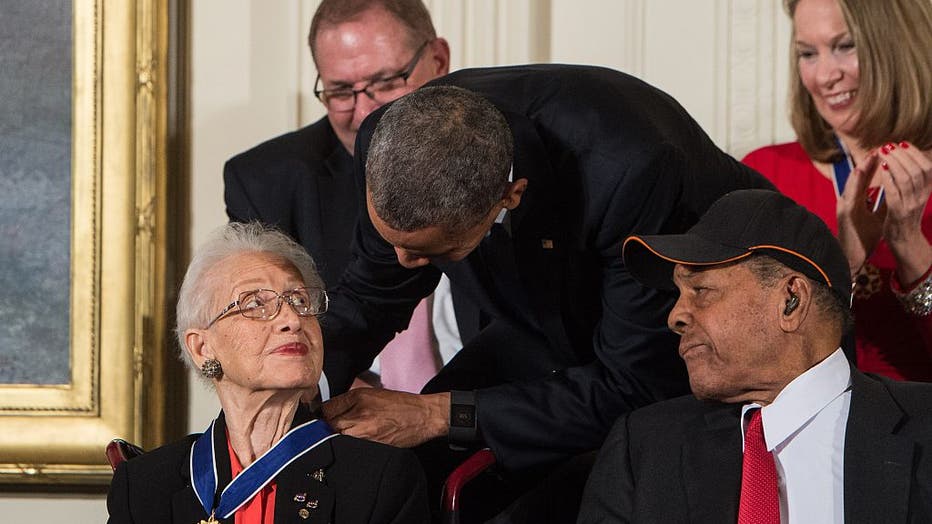