Ballot measure to change Detroit charter with reparations for Black residents will be up for vote Nov. 2

Dogged attorney Todd Perkins and his organization The People's Voice are one step closer to getting a charter changing question up for vote after a key court in against the City Clerk.

DETROIT (FOX 2) - After a long legal battle seeking reparations for Black Detroiters -- a measure initially denied by the city's election commission – it will be appearing on the November ballot.

It allows voters a say on whether to update the city charter -- to make way for reparations -- redressing slavery and centuries of systemic racial discrimination. Money to fund the reparations has not been formally set, but funds captured from recreational marijuana sales have been suggested.

"What would otherwise just be an event to rally the cause of reparations, you seem to be stonewalled illegally. inappropriately," said attorney Todd Perkins.

Perkins says the ballot measure would change Detroit’s charter and move the city a step closer to getting reparations for Black residents.

The city’s election commission initially barred it from the November ballot even though Perkins and his organization, "The People's Voice" had enough signatures.

"I told you before - you've been reporting on this for quite some time with just our group, on this particular issue," Perkins said. "I told you then in June, I think I told you in May, and I told you in July, that this was going to happen."

Perkins sued City Clerk Janice Winfrey and the city attorney as well as the election commission and Detroit Department of Elections.

The director of the department of elections signed a sworn affidavit last week, saying it was too late to make a change to the ballots and that Perkins’ petitions did not have a second page or reverse side with any proposed language for his ballot measure.

"That’s a lie. that’s an absolute lie," Perkins said. "Out of the almost 600 sheets or petitions, every single one of them, has a reverse side."

And on that reverse side - language for the ballot initiative.

Wayne County’s chief judge sided with Perkins last Friday and ordered that his measure be placed on the November ballot.

The city asked the court to reconsider the decision Monday, but was shot down.

"When the city recognized - when the defendants recognized that they lost  - they had the nerve to ask the judge because of their failures, their lies, to put it on the next general election ballot," Perkins said.

FOX 2 reached out to the office of City Clerk Janice Winfrey both Monday and Tuesday for an interview. A spokesman says she’s choosing not to comment at this time.

Perkins intends to seek sanctions against the elections director who wrote the affidavit he calls "a blatant lie." 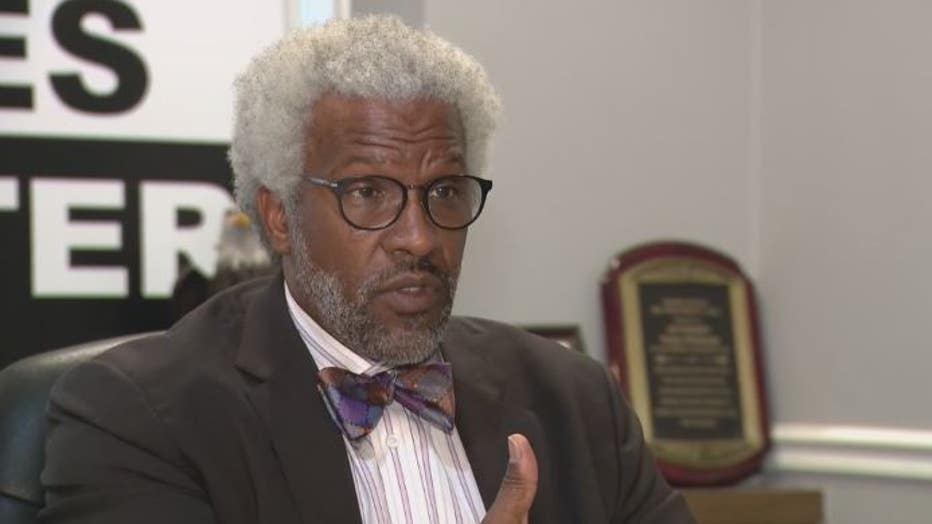 Attorney Todd Perkins has spearheaded the effort for his organization The People's Voice to get the Detroit charter question on the ballot.

The judge ordered that initative to be on the ballot by Nov. 2. There are some hard deadlines coming up which include these ballot have to be in the mail for military members and overseas voters by Sept. 18 and the deadline for all ballots to be printed out is 40 days before the November election, which is Sept. 23.

The ballot measure language is below:

IT IS HEREBY ORDERED:
1. That the Plaintiffs have satisfied the requirements for
inclusion of the Referendum of Legislation on the
November 2, 2021, General Election.

2. That the ballot shall read as follows:

a. Do you agree to amend a provision of the City of Detroit
Charter to amend Sec. 12-101 of the Charter that
restricts power from the voters to enact City ordinances
for the appropriation of money?

b. The amended section shall read: "The voters of the
city reserve the power to enact City ordinances, call
the "initiative", and the power to nullify ordinances,
Document received by the MI Wayne 3rd Circuit Court.
enacted by the City, called the "referendum".
However, these powers do not extend to the budget
and the referendum power does not extend to any
emergency ordinance.