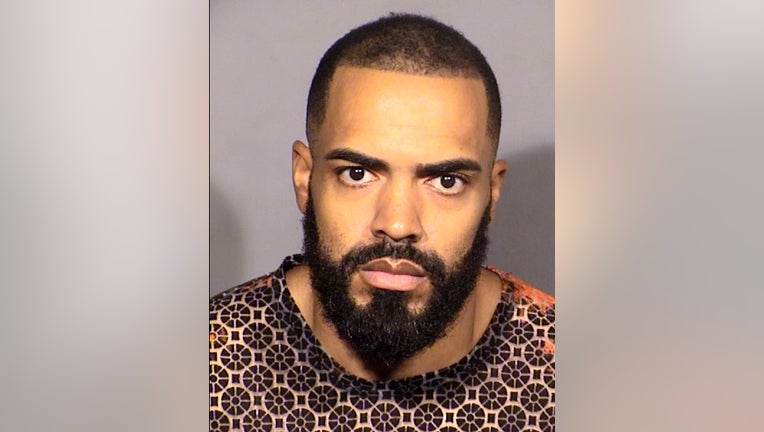 LAS VEGAS - A "pocket dial" to 911 last week led police to a woman and her three children who were being held captive at knifepoint in Nevada.

The Mesquite Police Department said 34-year-old Justin Carter tried to stab the woman while in his home city of Las Vegas before kidnapping her and her three children, KVVU Las Vegas reported. Police said the woman and Carter had a prior relationship.

Carter reportedly drove the woman and children to Mesquite, which is approximately 80 miles away and near the Utah state line.

While in the car, the woman called 911, left the line open and started talking in a way she hoped dispatchers would pick up on without Carter realizing she called for help.

Dispatchers noticed the woman's language and notified officers in the area of the car's location on Interstate 15. Carter was then pulled over, and the four victims were brought to safety.

"The bravery of this woman and her children cannot be overstated. They maintained their composure, and she bravely created a plan in her head to call for help as soon as she could," Mesquite Police chief MaQuade Chesley told KVVU.

Chesley also said he was grateful dispatchers and officers were ready to act without hesitation to find and rescue the woman and children from a terrifying experience.

"Their swift action and persistence to gather information from the 911 call saved this family from further harm," he added.

FLORIDA MAN CHARGED WITH KIDNAPPING AFTER ALLEGEDLY STEALING TRUCK WITH KIDS INSIDE: 'THAT'S NOT MY DAD'

He was also charged with two counts of resisting arrest.

In November 2012, Carter pleaded guilty to assault with a deadly weapon and discharging a firearm at an occupied structure or vehicle, according to the Las Vegas Review-Journal. District court records showed he was placed on probation for a maximum of five years.

He is due in court in connection with this case on Oct. 26.