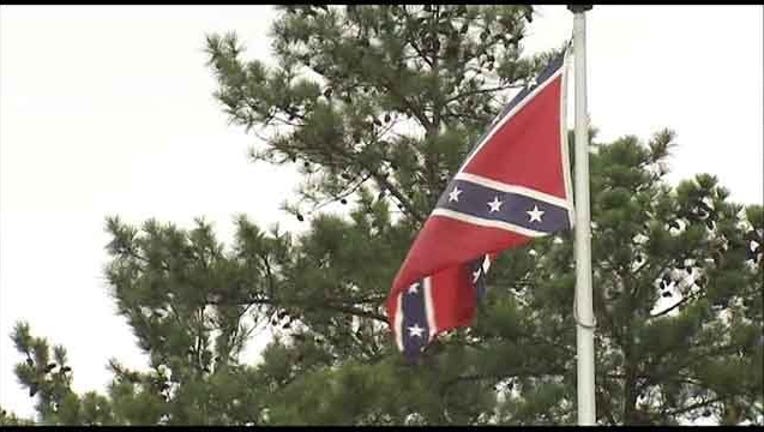 The Confederate Flag may be down but the Ku Klux Klan and a group aligned with the New Black Panther Party say still held simultaneous rallies in South Carolina's capital.

The Confederate Flag means something different to different people. On one side it's a symbol of slavery and hate. The other, history and southern pride.

For the past few weeks, both sides have collided over the issue and on Saturday, two groups on polarizing sides collided in person.

According to The State, Black Educators for Justice - a group run by the former director of the Black Panther Party, James Evan Muhammad - will rally from noon to 4:00 p.m. Saturday. Starting at 3:00, members of the Loyal White Knights of the Ku Klux Klan, from Pelham, N.C., will rally as well. Both of these will take place in the city of Columbia, South Carolina, the capitol of the Palmetto State.

The Americans with Charlie LeDuff is in Columbia as the two sides made their voices heard. Watch it on this page in the video player above or on the Americans YouTube channel here. (WARNING, the video from was shot live and unedited and there was profanity. Viewer discretion is advised.)