For the first time, the company has added cinnamon rolls to its menu, which are available as an Original Glazed Cinnamon Roll or Cinnamon Toast Crunch Cinnamon Roll. 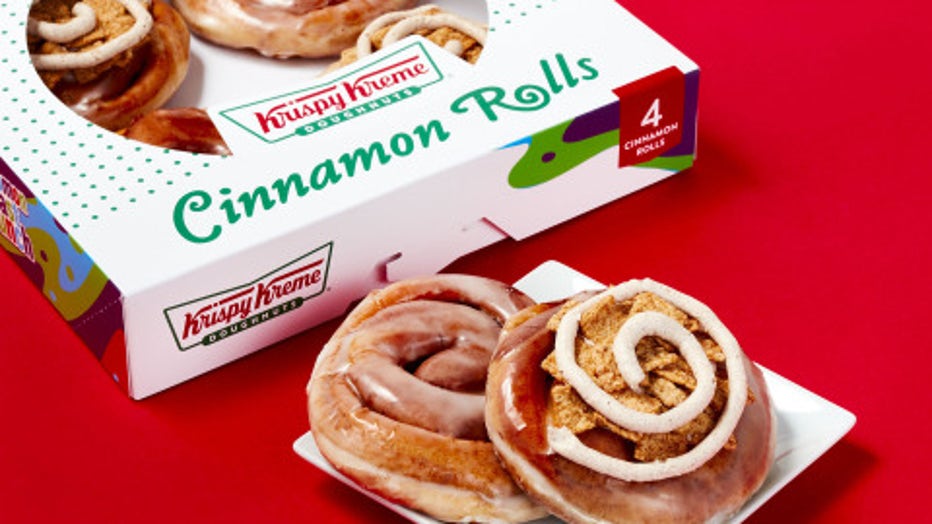 Krispy Kreme’s new cinnamon rolls launched on Monday and will only be available through Oct. 10 at participating locations across the United States, according to its website. The new treats are sold individually and in a four-pack.

RELATED: Taco Bell launches 30-day taco subscription, but only in these locations

The famous doughnut company has made headlines in recent months for its special promotions, including one intended to encourage customers to get vaccinated against COVID-19.

In March, Krispy Kreme began offering a free original glazed doughnut to anyone who showed a valid vaccine card through the end of 2021. Last month, it sweetened the deal by allowing customers to cash in on an additional heart-shaped doughnut. It also offered up to four hours of paid time off for employees to get vaccinated.

Krispy Kreme recently announced that it would gift a dozen doughnuts to any buyer who gifts a dozen to someone they appreciate, a temporary promotion that was launched in honor of World Gratitude Day on Sept. 21. The gifted doughnuts were delivered wrapped with a personalized message.