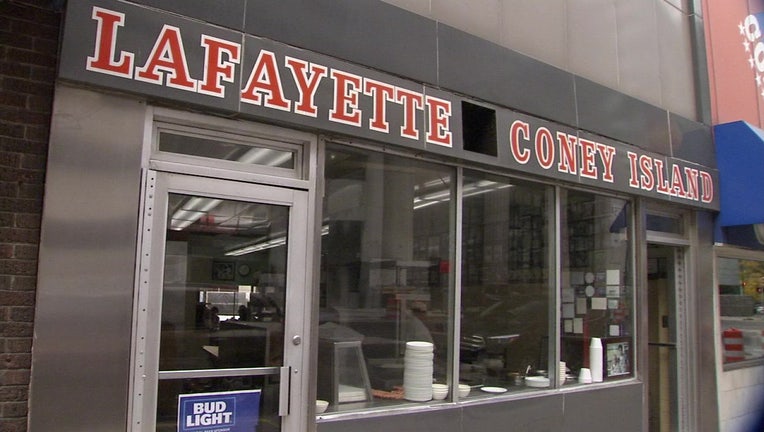 FOX 2 learned Lafayette Coney Island, one of two landmark coney islands in the heart of Downtown Detroit, was closed Wednesday after initially receiving a tip about the closure.

A call to the restaurant confirmed that the coney island is closed Wednesday and possibly on Thursday.  According to sources, the restaurant voluntarily closed after a failed health inspection and they're likely be closed until the problem is resolved.

The nature of the health inspection failure was not released.

FOX 2 went to Lafayette on Wednesday but there was nobody inside the establishment. The closure was not mandated by the health department.