Sara Greer couldn't believe what she saw - a kangaroo, right in her yard.

"We have nothing but wildlife, farm animals and cows," she said.

Her first instinct, Tuesday afternoon – was to call 911.

"I say I’m located in southern Lapeer County and there is a pause and she responds ‘Ma’m are you sure it’s a kangaroo?’ and I said yes I’m sure!"

A confused dispatcher handed this one over to Lapeer County Animal Control.

"You could tell he was lost, he wanted to go home," Greer said.

She later found out the kangaroo's name is Douglas -  and before he made it home, he hopped through a cemetery.

Sara talked to Douglas’ owner after her videos went viral. Wednesday she learned, he has a license to keep exotic pets and was eventually was able to corral Douglas shortly after he got loose.

"As long as you have a license or permit, I guess you can have a kangaroo," she said.

Without this photo proof – it would have been tough for Sara to convince anyone…this actually happened, let alone her husband.

"Now I'm trying to convince him not to get another dog but a kangaroo," she quipped.

Sara says it was the best 15 minutes ever.

"The way the world is today, it puts a smile on your face," she said. 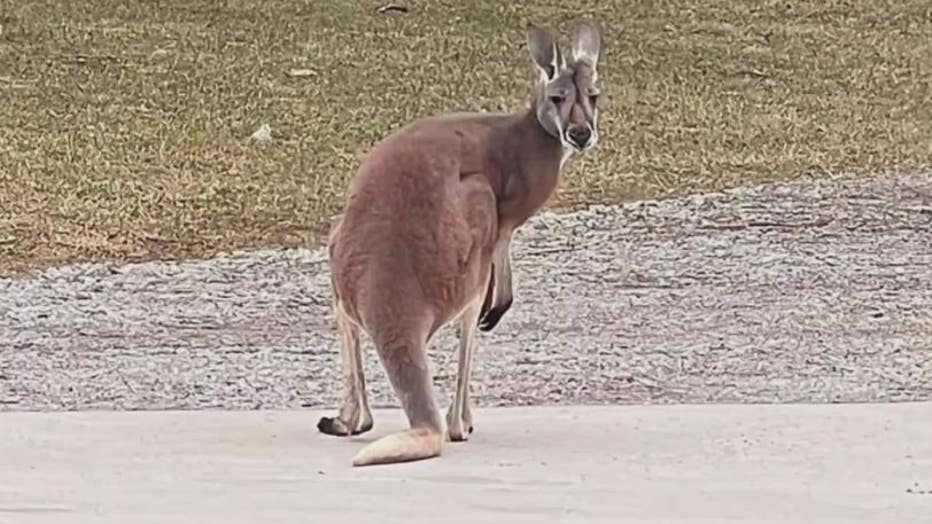