FOX 2 - Former US Olympic team doctor Larry Nassar has been locked up in federal prison for sexually abusing nearly 300 gymnasts - but now court records reportedly show he has spent more than $12,000 on himself.

This comes while records show he has only been paying $8 a month to his victims in restitution and prison officials let him do it. The news comes just as one of his survivors, Simone Biles has pulled out of the Olympic team finals in Tokyo.

As Biles is sidelined at Olympics, new details come out on sexual abuser Larry Nassar in prison

Former US Olympic team doctor Larry Nassar has been locked up in federal prison for sexually abusing nearly 300 gynnasts - but now court records reportedly show he has spent more than $12,000 on himself.

"I was really depressed, I never left my room and I was sleeping all of the time," Biles said in a recent interview. "I told one of my lawyers that the reason I was sleeping all the time is, that it's the closest thing to death."

Biles previously spoke about the toll the sexual abuse took on her mental health.

"Being a Black athlete during a heated racial time, this greatest of all time (label) that has been thrown upon her constantly," said Robert Anderson, a sports psychologist who worked with Biles for years/

He most recently worked with Biles during the Olympic Trials and said he witnessed the warning signs.

"The brain finally says there is enough stress, enough pressure here, your brain is not focused on the at the task at hand, so we're going to shut it down and you're not capable of performing at the level you have been performing at," Anderson said.

"My heart goes out to Simone," said Dominique Dawes.

Former USA gymnast Dominique Dawes said she is applauding Biles for having the courage to step away and focus on her mental health.

"To finally qualify to their second Olympic Games, and have to deal with being the only sexual assault survivor on the floor competing, as a role model, a trailblazer, as the (greatest of all time), then get to the Olympic Games and have this mental block happen." 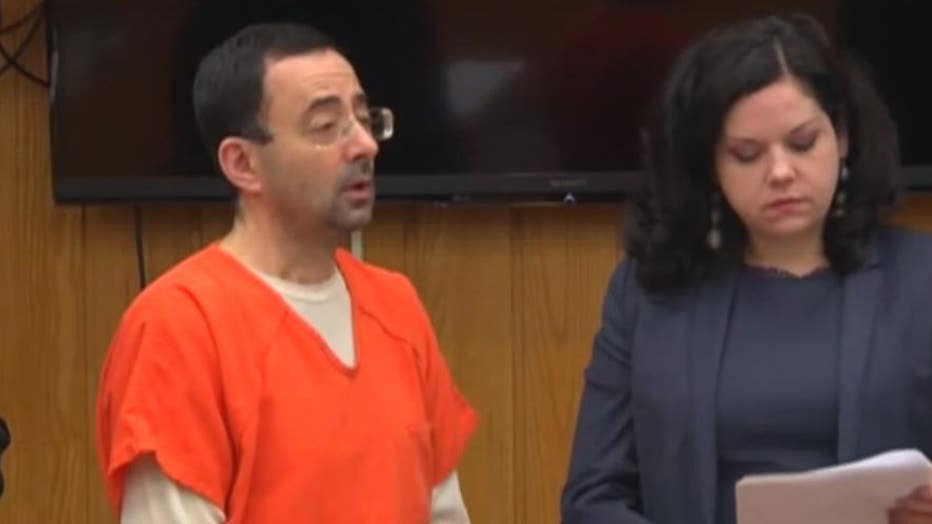 Prosecutors - knowing the long-lasting effects of Nassar's heinous abuse - are going after the Bureau of Prisons and any money Nassar has received behind bars. This includes $2,000 in federal stimulus checks, in hopes of at least paying out a fraction of what is owed to his victims.