Republicans are still calling it a witch hunt saying Democrats wanted to impeach the president long before his phone call with Ukraine.

Breaking down impeachment hearings from Wednesday

Round two of the impeachment inquiry took center stage at the House Judiciary Committee. Four constitutional lawyers on hand to unwrap, take apart, and interpret the 300-page report the House Intelligence Committee put together after days of testimony.

Three of the lawyers believe there are grounds for impeachment based on a phone call between President Donald Trump and Ukrainian President Volodmyr Zelensky on a July 25th.

"If the House believes Trump solicited something of value in the form of investigations or announced investigations, and he did so corruptly for personal gain, that would constitute bribery," said Prof. Noah Feldman.

Feldman, a professor at Harvard Law School, led the testimony saying he believes President Trump's conversation with Zelesnky could have bordered on bribery.  All four said they read the 300-page report.

Law professor Pamela Karlan took issue with a Republican lawmaker for insinuating she didn't read it.

"I am insulted by the suggestion that as a law professor I don't care about those facts," she said. "But everything I read on those occasions tells me, that when President Trump invited, indeed demanded, foreign involvement in our upcoming election, he struck at the very heart of what makes this a republic for which we pledge allegiance."

But the definition of bribery sat at the center of the debate for much of the day. How did the Constitution's framers define it?

Jonathan Turley, a George Washington University Law School attorney, was brought in by Republicans breaking from the other three. 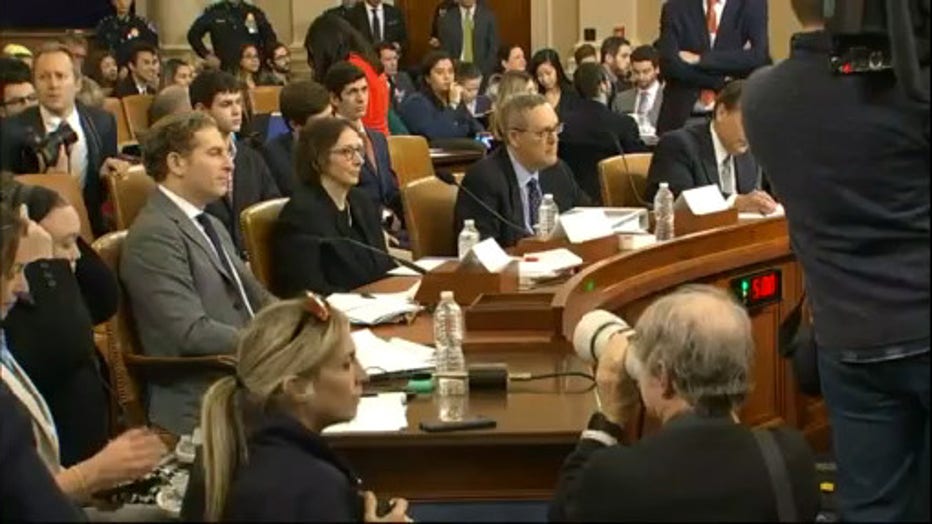 "The idea that bad practices could be the definition of bribery, really?" he said.

The question was whether there was obstruction from the president.

"In 1998 President Clinton physically gave his blood, President Trump by contrast, has refused to produce a single document and directed every witness not to testify," said Rep. Jerry Nadler, (D-NY), the committee chairman.

"The record does not establish obstruction in this case," said Turley.

"Impeachment is complete when the president abuses his office and he abuses his own office by attempting to abuse his office," Feldman said. "There's no distinction there between trying to do it and succeeding to do it, and that's especially true, if you only stop because you got caught."