DETROIT (FOX 2) - The beer is flowing and the customers are coming back - the Detroit taproom is open after Founders brewing shut it down for the past few months.

"We're just happy to be open again - beer is this conduit that brings people together and we're glad the beer is pouring," said Founders co-founder Dave Engber.

And now with everyone working again the focus turns to the community.

Co-founders Engber and Mike Stevens had closed the taproom late last years after making national headlines for the racist behavior on the part of some employees.

Tracy Evans had sued his former employer but reached an undisclosed settlement - and the founders of Founders temporarily shut the doors in Detroit.

"Really what we were trying to do is hit the pause button to make sure we get the right leadership in place," said Stevens.

The previous manager is no longer with the company. Emily Faulkner is now the new general manager.

"I think Founders as a company is a really caring and amazing company to be a part of, so I can't be more excited," Faulkner said.

While there is that new management team in place, we are told employees are back to work and were paid the entire time the tap room was shut down.

And now with everyone working again the focus turns to the community.

"We're not looking at the Detroit taproom as a profit center - we're looking at this really as more of a community outreach," Engber said.

Profits for the next three years will be going back into the Detroit community. There will be job training in the hospitality industry for returning citizens and a partnership with the National Kidney Foundation.

"It's going to take a little time but we're glad we're connecting with this great community," Engber said.

And time will tell if this great community connects with them.

"Hopefully the Detroiters welcome us with open arms and keep drinking beer, because the more beer we drink, the more we can give back to the community," Stevens said. 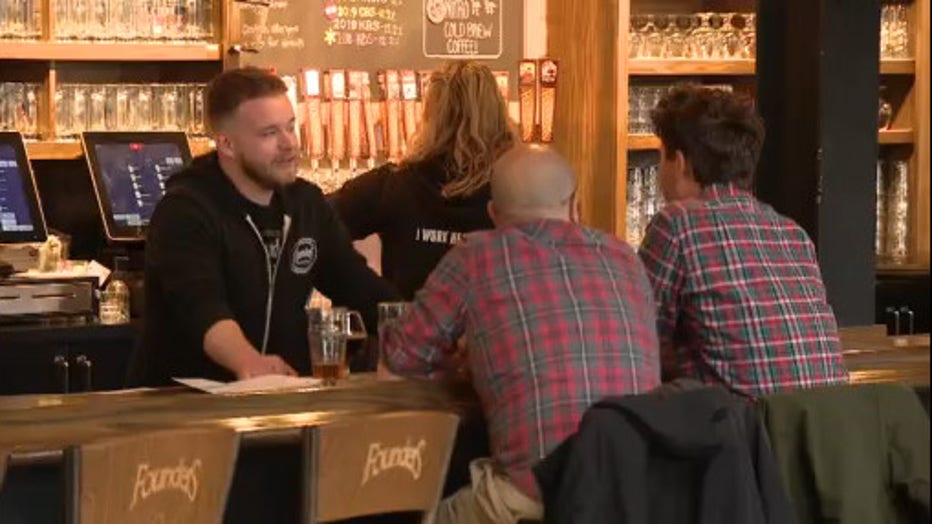