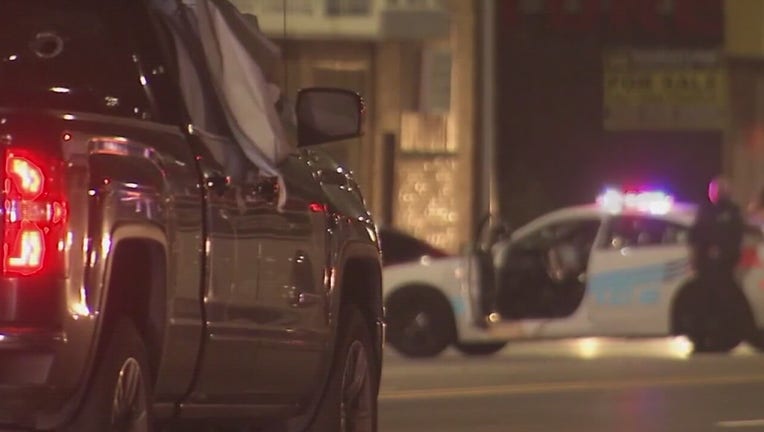 DETROIT (FOX 2) - The City of Detroit and the Detroit Police Department are now facing multiple lawsuits, which claim officers were dishonest on search warrants causing two men to be unlawfully jailed.

The lawsuits were filed by Ven Johnson Law, PLC on behalf of two Detroit men who are said to have been falsely imprisoned after officers falsified search warrant affidavits. Darell Chancellor was wrongfully incarcerated for nearly a decade and Darrell Richmond for eight months.

"Imagine sitting in a prison cell for eight years for something you did not do, but that a crooked cop said you did and you know he made it up," attorney Ven Johnson says. That's the reality for Chancellor, who was released in March after being behind bars for eight years for a drug crime he did not commit. He was convicted and sentenced based on the testimony of a dishonest Detroit police officer.

"You can imagine with that comes anger and total betrayal by his country, by the system and he doesn't trust obviously anybody about anything anymore," says Johnson.

Johnson is going after the city of Detroit representing Chancellor and Richmond, who spent eight months behind bars for a drug crime that he was exonerated for in March.

The crooked cop behind Richmond's wrongful conviction was Michael Mosley, who's been convicted for taking a $15,000 bribe from a drug dealer to dodge charges. His conviction was part of a 2019 probe into DPD's narcotics unit to expose illegal activity in the unit.

The Wayne County Prosecutor's Officer is re-investigating convictions to come from the narcotics unit, like Chancellor's and Richmond's. Prosecutor Kym Worthy recently released a list of 35 officers, many with DPD, who have been deemed unfit to testify in court for lying or bribery.

"They're trying to go back in and clean up all the garbage the crooked cops created," Johnson says. He commends the cleanup but says there is more work to do.

"When you look at the list and you see 25-30 names of police officers that are all convicted, or almost all convicted, or at least being investigated for theft and dishonesty and so forth, it makes you really kind of wonder," he says.

His clients are trying to get back to life after prison and are seeking money damages and more.

"Admit you're wrong. Admit you did wrong. Apologize to these people and you owe them. You owe them for the time that they spent where they never should have been there," Johnson says.

Kym Worthy's office is aware of the lawsuits. A spokesperson with the office declined comment pending litigation.