FOX 2 - Does the governor have the authority to declare a state of emergency without legislative approval?

Two legal gurus debate the lawsuit. John Pirich is widely recognized as a constitutional scholar. He says that the governor will win.

"That's what the 1976 law says," Pirich said. "However the 1945 law, which says it can be broadly construed, gives the governor authority during times of emergency."

Tom Leonard is the former Republican speaker of the House. He now works for the prestigious law firm of Plunkett Cooney. He believes the legislature will win.

"Well, there's certainly a conflict and I believe the legislature lays out a pretty good argument that the 1945 law was only supposed to apply to local emergencies," said Leonard.

But Leonard said the bigger argument is executive orders violate the Constitution.

"She can unilaterally by herself declare a state of emergency indefinitely and continue to make laws," he said. "I don't believe that's how our framers and our constitution was set forth."

Whitmer has repeatedly said her decisions are not political and that her biggest motivation is saving lives in a public health crisis.

"It doesn't have to do with separation of powers honestly," said Pirich. "It has to do with a political statement. Legislative leaders on the Republican side (say) 'I want to have co-extensive Powers with you at this point.' That's not with the law says, and that's not what the Constitution says."

Well one thing both experts agree on, a court will decide.

"The courts will expeditiously have the opportunity to do that," Pirich said.

"This is going to have to come down to seven justices on the Supreme Court," said Leonard. 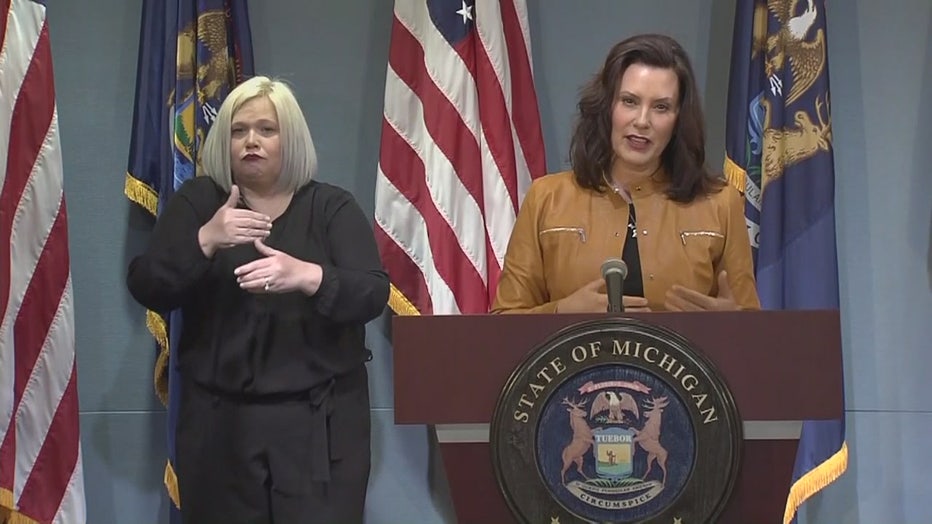