Influential people who died in 2020

In a year defined by a devastating pandemic, the world lost iconic defenders of civil rights, great athletes and entertainers who helped define their genres.

The musician’s wife confirmed the news on Thursday in an Instagram post, calling him the "greatest husband, father, teacher, student, business partner, lover and friend."

"Thank you for all the things you have shown, taught and given to me, our children and our family. Thank you for teaching me how to forgive beings and give another chance, not to be so quick to judge and write off. Thank you for showing how not to be afraid to love and be the best person I could ever be. My world will never be the same without you. Words will never express what you and Malachi mean to me, I love both and adore you always. May THE ALL continue to bless you, our family and the planet," his wife Jasmine wrote.

According to the post, MF Doom died on Oct. 31. News of his passing was finally announced to the public on Thursday.

He grew up in New York and together with his younger brother DJ Sub-Roc, co-founded American hip hop trio, KMD in 1988. The group signed to Elektra Records in the early 1990’s. 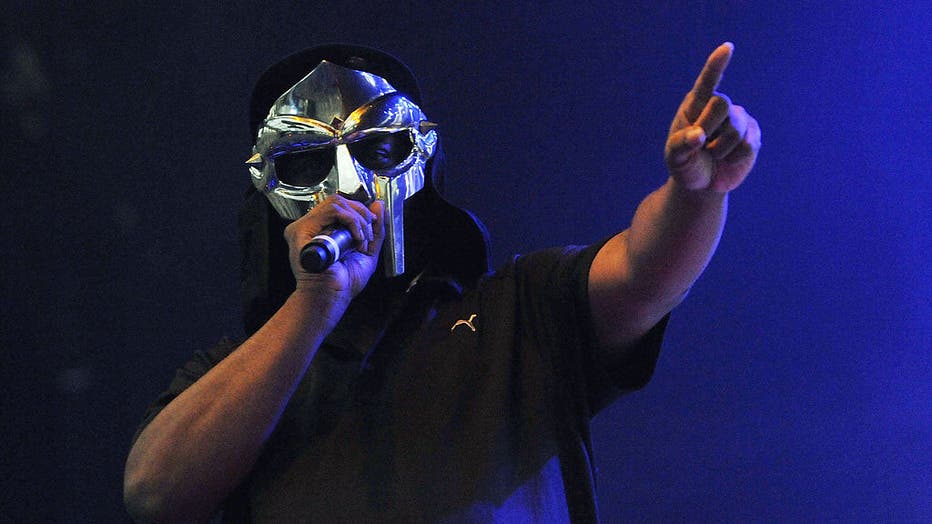 LONDON, ENGLAND - JULY 23: Rapper MF Doom performs live on stage during the first day of the 'I'll Be Your Mirror' festival, curated By Portishead & ATP, at Alexandra Palace on July 23, 2011 in London, United Kingdom. (Photo by Jim Dyson/Redferns

DJ Sub-Roc died in 1993 in a car crash just before the release of the groups second album, "Black Bastards." The album was shelved for controversy surrounding the album artwork but was eventually released in 2001.

In 1997, Dumile eventually developed his own stage persona donning a mask inspired by the Marvel Comics super-villain Doctor Doom.