LANSING, Mich. (FOX 2) - So many parents of high school football players would be spending tonight under the Friday night lights, but instead they were at the state capitol in Lansing protesting by the hundreds.

"These are our choices, these are our children, let them play let them live, let's go!" shouted one protester at the podium outside the steps of the capitol.

So many parents of high school football players would be spending this night under the Friday night lights instead they were at the state capitol in Lansing protesting by the hundreds.

And it's not just football to these families.

"I would be, cheering him on right now and it's heartbreaking that I'm not," said Jayme McElvany.

McElvany organized the "Let Them Play" rally. Her son Cole is the starting quarterback at Milan High School. His season and all others are postponed until spring.

"All of these kids that are supposed to be playing ball right now, we are here to see that they have so many people supporting them, and so many people feeling the pain right with them," she said.

"We have conquered the health scare for their physical health now we have to worry about their mental and emotional health and that's what we are fighting for," McElvany said. 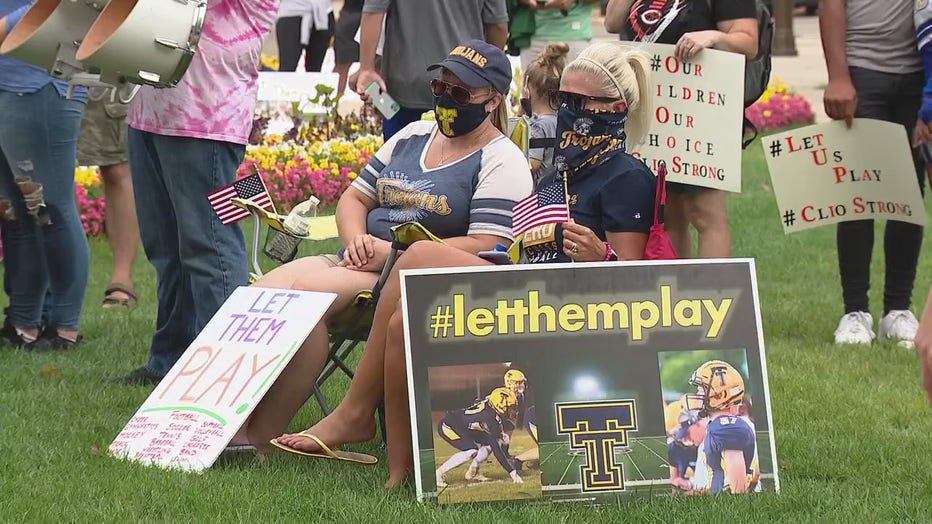 Players from all over the state at the capitol Friday evening.

"You always hear that there is power in numbers and how people can make a change," said Aiden Dale, Dakota High School student-athlete. "But it's crazy to see how many people care about what you care about. It's pretty cool."

The MHSAA demanded clarity from Whitmer, leaving some hope, that the decision to postpone can be reversed. 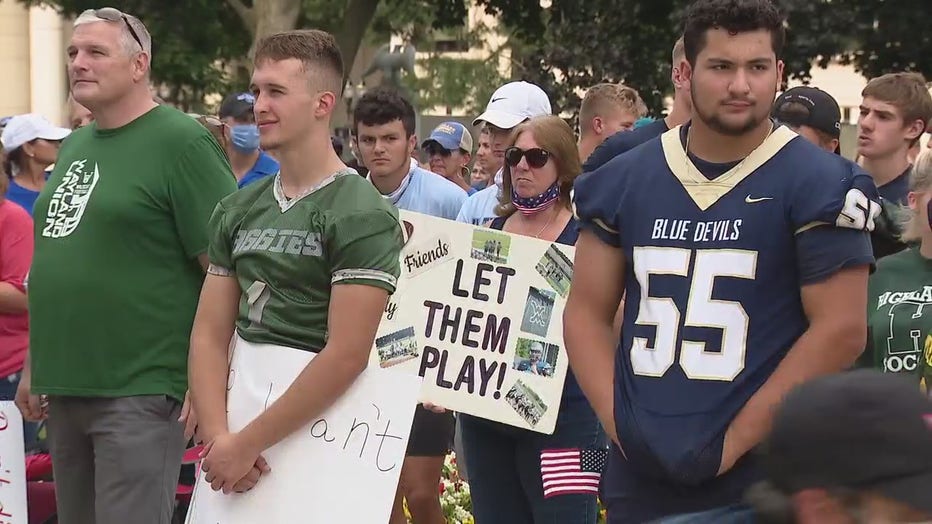 "I just beg her for a season, let us show you that we can do what you ask," said Max Jones, Dakota student-athlete.

FOX 2 did get a statement from the MHSAA about the rally. It says, "We empathize with these players and understand their disappointment. (We) will continue to advocate for these student-athletes." 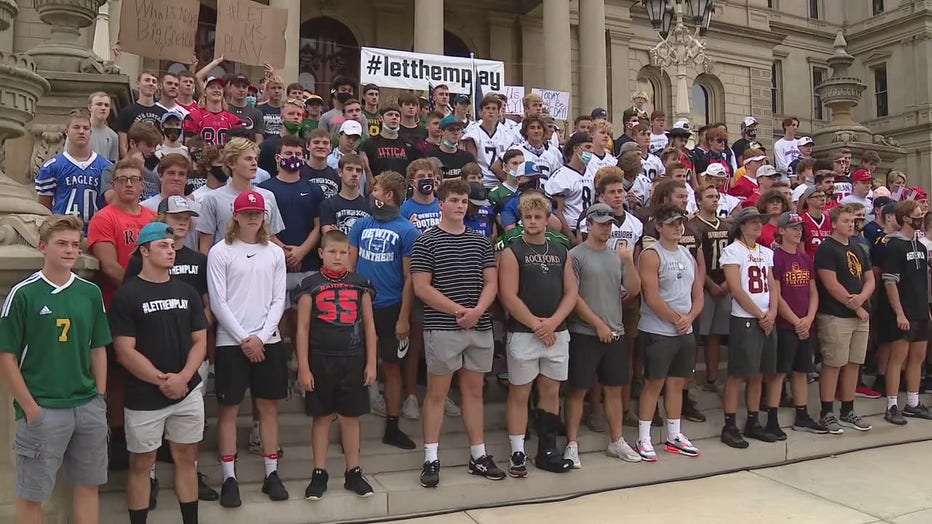