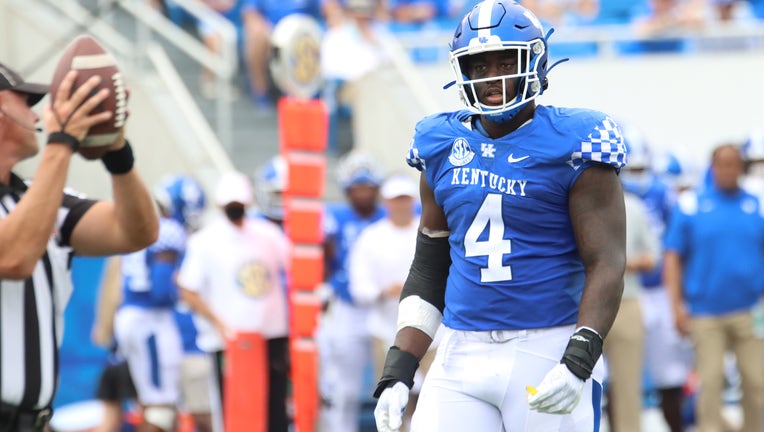 LEXINGTON, KY - SEPTEMBER 18: Kentucky Wildcats defensive end Josh Paschal (4) in a game between the Chattanooga Mocs and the Kentucky Wildcats on September 18, 2021, at Kroger Field in Lexington, KY. (Photo by Jeff Moreland/Icon Sportswire via Getty

Detroit took Paschal at No. 46 overall, using the pick it acquired from Minnesota after moving up in the first round to take Alabama receiver Jameson Williams.

At pick 97 overall, the Lions added Illinois safety Kerby Joseph. The pick was a compensatory selection and 33rd of the third round.

The 6-foot-3, 268-pound Paschal will get a chance to play right away for second-year coach Dan Campbell, bolstering a position group that needed an influx of talent.

He will also be a source of inspiration as a cancer survivor, undergoing three surgeries along with monthly immunotherapy in 2018 to treat malignant melanoma in his right foot.

Aidan Hutchinson is staying in his home town to play in the NFL. Dan Miller catches up with him to talk about his dream coming true.

Joseph, 6-1, 200 pounds, had a breakout season as a senior, with 41 tackles, five interceptions and three fumble recoveries. 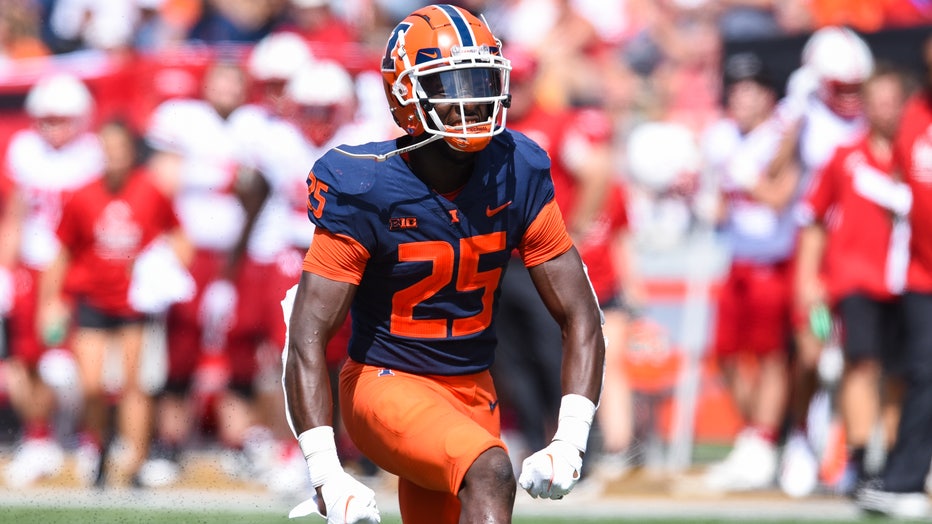 Detroit is attempting another rebuild, hoping Holmes and coach Campbell can make all the right moves for a team that has averaged just four wins over the past four years.

'It was always Detroit for me;' Divine Child High School erupts after Lions draft Aidan Hutchinson

The Lions shocked some people by trading up to grab Alabama receiver Jameson Williams in round one. Dan Miller catches up with him to talk about coming to Detroit.