It was during off-season workouts that Matthew Stafford said he saw it for himself.

Down in Atlanta over the summer, the Detroit Lions quarterback had arranged to use a field where he could work with some of his receivers. During his first practice with Danny Amendola, they spent four days working out together. "No problems at all," he writes.

Then a week later, he went down to do the same thing on the same field with four other teammates who are Black. Not 10 minutes in, a man told them they were trespassing, to leave immediately, and that he would call the police. "Obviously, we got out of there immediately."

The story that Stafford describes was penned in a blog post in The Players' Tribune and was published on Friday. 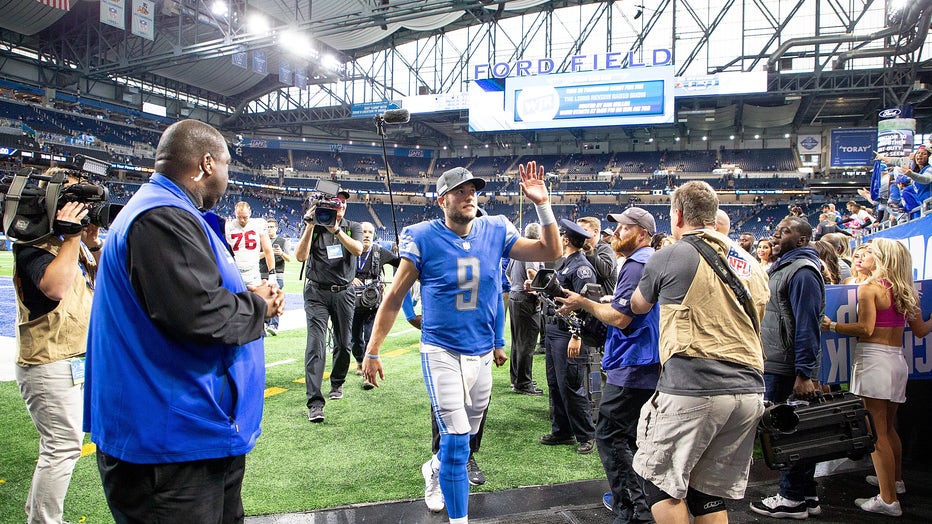 DETROIT, MI - OCTOBER 27: Matthew Stafford #9 of the Detroit Lions waves to the fans at the end of the game against the New York Giants at Ford Field on October 27, 2019 in Detroit, Michigan. Detroit defeated New York 31-26. (Photo by Leon Halip/Gett

What's become one of 2020's most dominating narratives in the news following the death of George Floyd has now made its way into the airways of sports teams.

In a show of solidarity following the shooting of another unarmed Black man in Kenosha Wisconsin, the Detroit Lions canceled football practice. It was a moment Stafford describes as "my proudest day as a Detroit Lion."

"We had some extremely difficult conversations. We shared stories. We debated. We cried. We were vulnerable. We were uncomfortable. We were angry. We were everything," he writes.