FOX 2 - The Detroit Lions have traded quarterback Matthew Stafford to the Los Angeles Rams for quarterback Jared Goff, two future first round picks and a third round pick according to FOX 2 Sports Director Dan Miller. 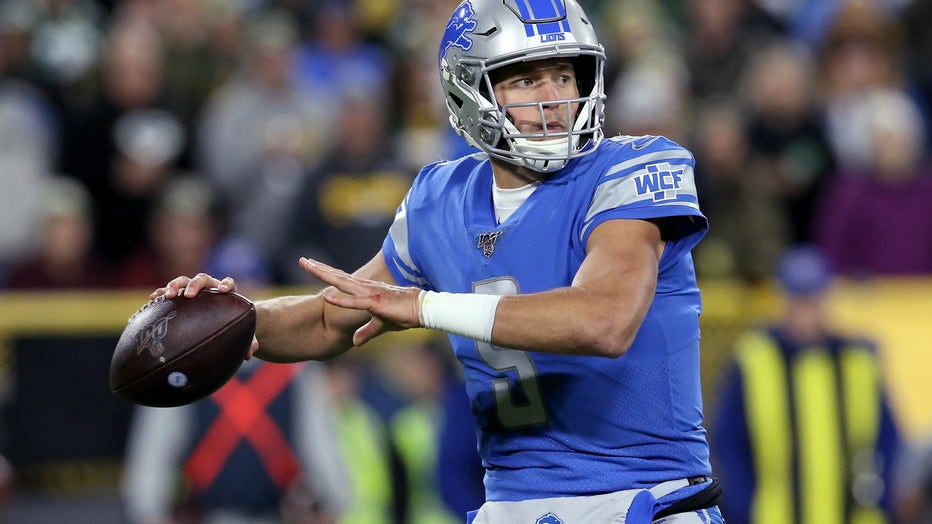 GREEN BAY, WISCONSIN - OCTOBER 14: Matthew Stafford #9 of the Detroit Lions throws a pass in the second quarter against the Green Bay Packers at Lambeau Field on October 14, 2019 in Green Bay, Wisconsin. (Photo by Dylan Buell/Getty Images)

According to Miller, the Lions are excited to acquire Goff, but are not ruling out using a high draft pick for a quarterback in the upcoming draft, including the No. 7 overall slot.

"Goff is 26.  He may not be the answer but they have time to figure that out," Miller said on Twitter. "There is no doubt he has shown some ability in this league but he has also struggled. The Lions now have 5 first-round picks in the next 3 years to work with.  If Goff doesn't work out they have options."

"The Lions now have 5 first-round picks in the next 3 years to work with.  If Goff doesn't work out they have options."

According to multiple reports the Lions allegedly had seven to eight offers which involved first-round picks for Stafford as the team eyes a massive rebuilding project, including serious talks with the Broncos, but none offered the bounty that the Rams did.

Stafford asked to be traded shortly after the current season ended with the Lions’ third straight double-digit losing record. He has been one of the NFL’s most prolific passers during his 12-year career spent entirely in Detroit, but has never won a playoff game.

Meanwhile, the Rams’ coaching staff and front office have publicly expressed a clear loss of confidence in Goff in recent weeks after Los Angeles earned its third playoff berth and posted its fourth straight winning record during his four years under coach Sean McVay. Goff also led the Rams to the Super Bowl after the 2018 season.

Stafford, who turns 33 years old next month, has two years left on a $135 million, five-year contract.

Goff is about to begin a four-year, $134 million contract with $110 million guaranteed. He has been a steady winner since McVay’s arrival, but his high propensity for turnovers and lack of improvement over the past two seasons led McVay and general manager Les Snead to speak openly of a future without Goff in recent weeks.

Goff was the last first-round pick made by the Rams back in 2016. Snead has now traded away his top pick or moved back in seven consecutive drafts, swinging bold moves to acquire veteran talent including All-Pro cornerback Jalen Ramsey.

Stafford is leaving downtrodden Detroit and heading to sunny Los Angeles with a chance to take the controls of a team that could be a Super Bowl contender next season. The Rams went 10-6 and beat NFC West champion Seattle in the playoffs before losing at Green Bay.

Goff frequently appeared to be a budding star in his first two seasons under McVay when the Rams ranked first (2017) and second (2018) in the NFL in points scored, but he hasn’t built on that success. His 38 turnovers over the past two seasons are the second-most in the NFL. 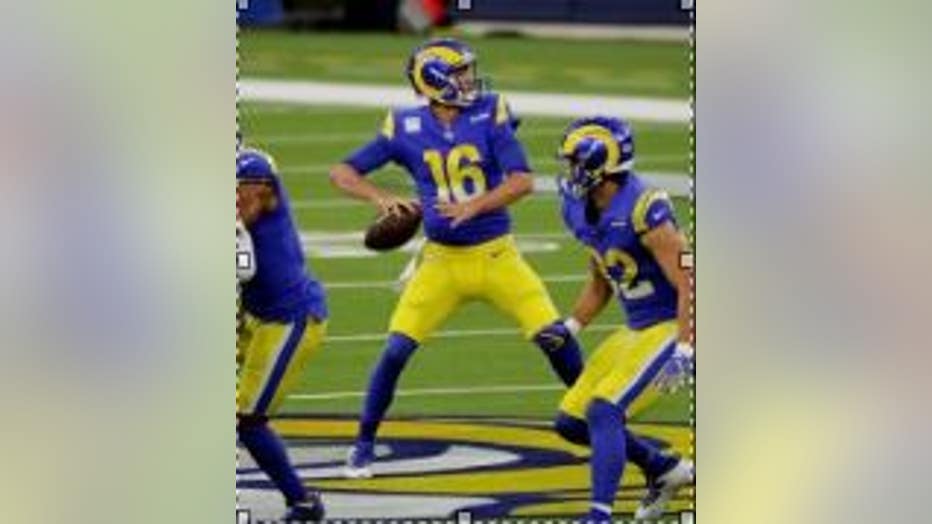 Goff passed for 3,952 yards and 20 touchdowns — his lowest total since his rookie year — with 13 interceptions and six lost fumbles over 15 games last season.

During the 2020 finale, Stafford surpassed the 45,000-yard mark in the 165th game of his career — the fewest games an NFL player needed to reach that total. He threw three touchdown passes in that game against Minnesota, raising his career total to 282.

-The Associated Press contributed to this report