The Livingston Area Pet Pantry provides pet food to people in need who otherwise wouldn't be able to feed their animals.

LIVINGSTON COUNTY, Mich. (FOX 2) - During the 2008 recession when people were struggling to feed their animals, the Livingston Area Pet Pantry was created.

"Pretty severe. I mean animals were being turned in, being left in homes when people moved. People were having to choose between feeding animals or themselves," said Gayla Reuter-Alm, with LAPP. "Then I think things seemed to get a little bit better, but now we’re back to where we were, in the early 2008, 9, 10, 11 years. We are seeing animals being left again, and the other issue is that a lot of people adopted pets at the beginning of the pandemic."

In the beginning, LAPP worked with Gleaners, but that partnership ended due to the COVID-19 pandemic. However, volunteers help keep the organization going. 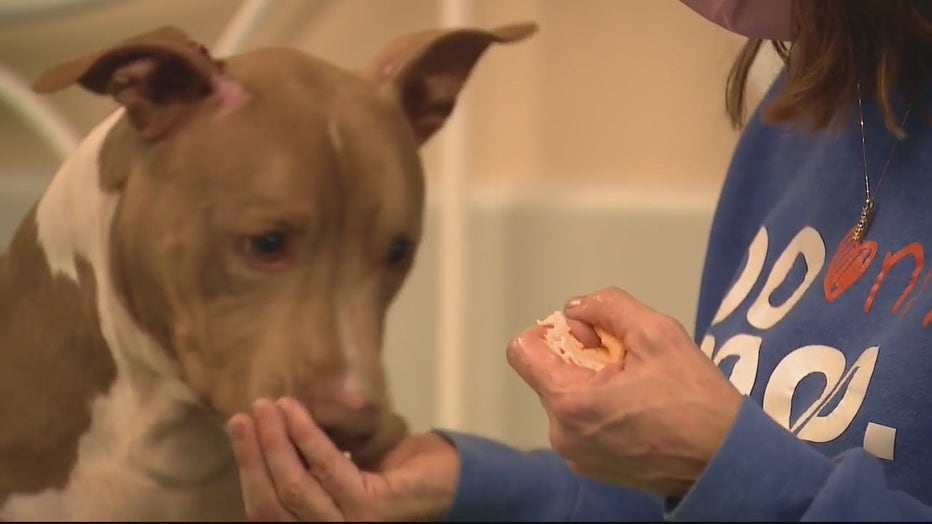 "We had just lost one of our golden retrievers, and we wanted to do something to take our mind off that," said volunteer John Masek.

Reuter-Alm said domestic abuse survivors get help from LAPP, and social workers in schools are able to connection families in need.

"Somewhere around 300,000 pounds of food have been donated," Masek said.

You can help LAPP by donating pet food at collection sites. Find a site here.