LIVONIA, Mich. (FOX 2) - A Livonia flight attendant who's been grounded from the job because of COVID-19 has brought his love for airplanes and traveling to his basement.

Jeff Martoia's quarantine project started with an idea to just paint the basement - but it quickly grew from there into a full-blown replica of an airport terminal.

"Originally I was just going to put a picture behind the bar to make it look like you're sitting at the airport bar and it just kind of grew from there," he tells us.

Jeff's been collecting airplane and airport souvenirs since he was just 10 years old. That's when he went to California and saved his first ticket jacket, something he's had for 44 years now. And then the collecting didn't stop there - and his fondness turned into a career.

He's been a flight attendant for more than three decades and his wife, Karen, is a flight attendant too. All the while he's picked up some pretty cool pieces of airplanes along the way. From the beverage cart to the seats, every piece has a story. 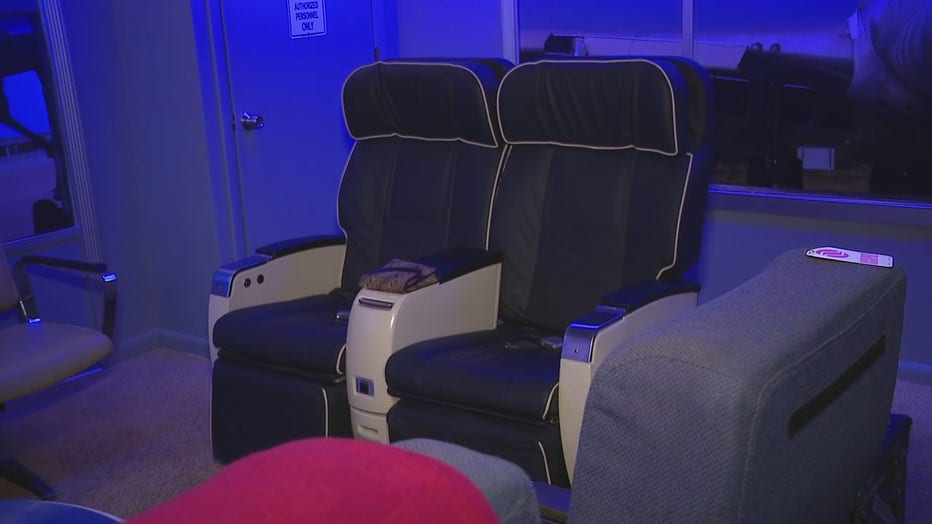 "The story behind those," he tells us, pointing to a pair of airplane seats, "is that they were on Mitt Romney's charter airplane that he used for the last presidential election in 2012 I guess?"

He also has surplus chairs from Pittsburgh International and seats from a Northwest DC-10 - even an emergency exit he found at an antique shop. 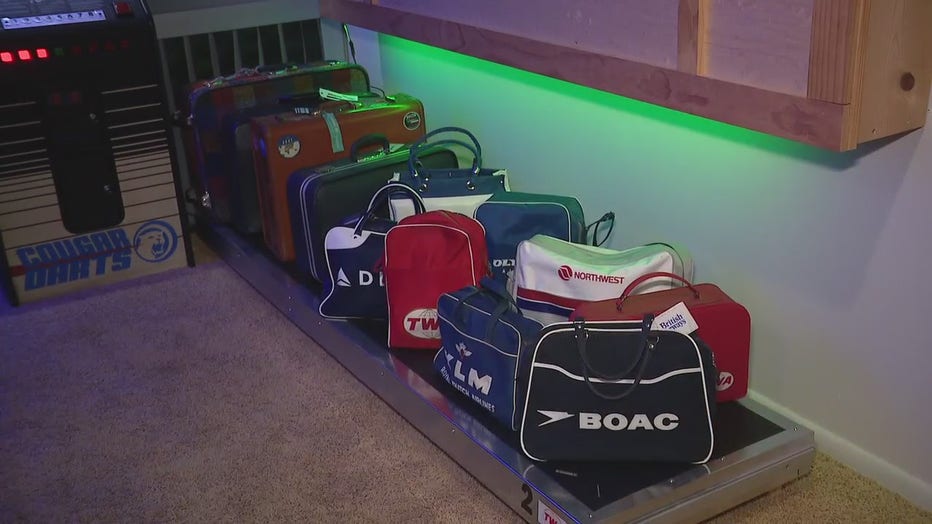 All of it had been in storage but once COVID-19 caused the lockdown and many planes were grounded - and Jeff himself was furloughed - he finally had some time to get creative. 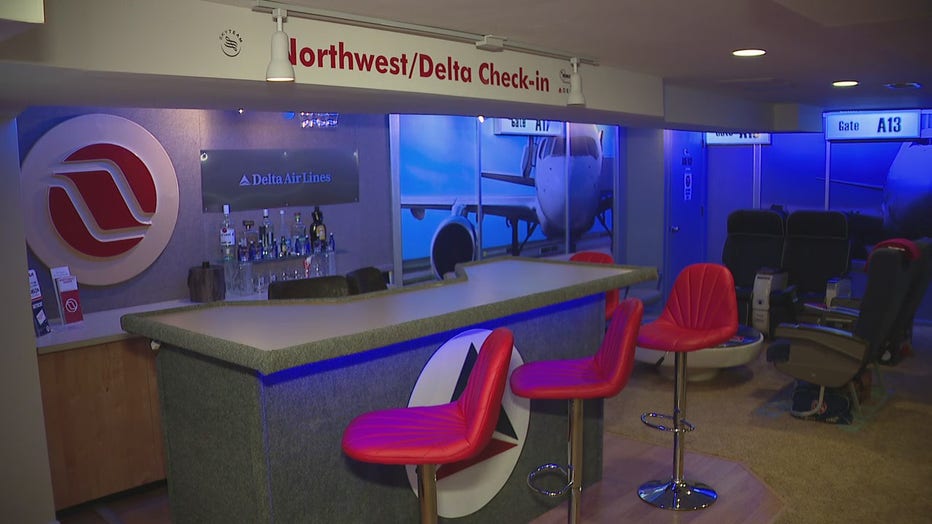 From check-in to gates in the boarding areas, to the jetway out to the planes - even the baggage claim upon arrival - it's really a labor of love.

"It's just been an obsession since I was a kid and it still is. I still love the job and I still love airplanes."