LIVONIA, Mich. (FOX 2) - Livonia Police said a man called 911 in the middle of a traffic stop to a report a man with a gun and then abruptly hung up when 911 called back. But police could hear the phone ringing.

According to Livonia police, officers pulled over a car on Wednesday evening around 7:45 p.m. near Wayne and W. Chicago. Police did not state the reason for the traffic stop but said Sheldon Walker, 26, was arrested for misdemeanor charges.

During police stop, suspect calls 911 to report man with a gun

Livonia Police said a passenger in a car that they pulled over called 911 to a report a man was armed with a gun and following him just feet away from where the traffic stop was happening.

Police said Walker and Livonia Police were engaged in a "game of cat and mouse". Walker was a passenger in the car and during the traffic stop, Livonia Dispatch Center received a 911 call from a man.'

The caller said the man was "reaching into his pocket" and asked to borrow his phone. He also described the man wearing a black hoodie and Chuck Taylors and said the man pulled out a gun.

Then the caller hung up.

The 911 operator called the number back and officers at the traffic stop saw Walker's phone ringing.

He was arrested for an outstanding misdemeanor warrant for retail fraud and for filing a false police report. 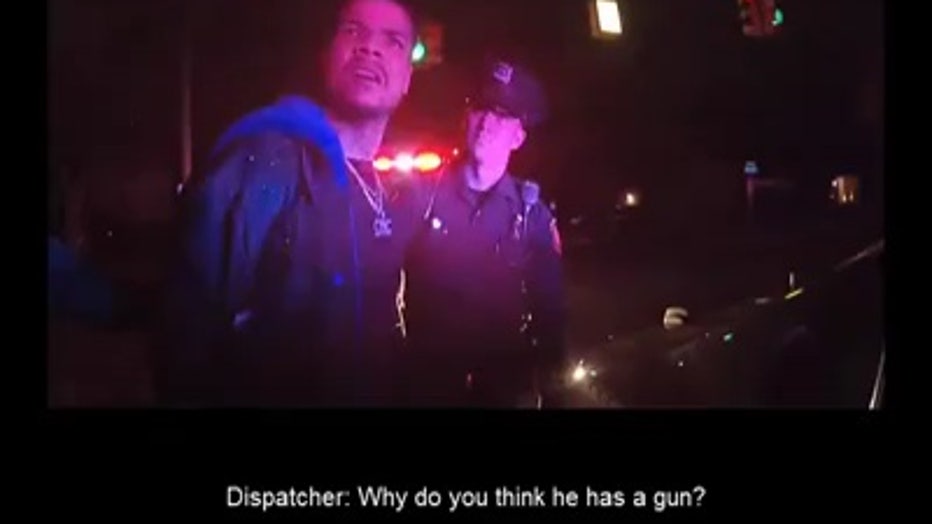 Livonia Police said a man tried to call 911 to report and armed man, in the middle of a traffic stop.