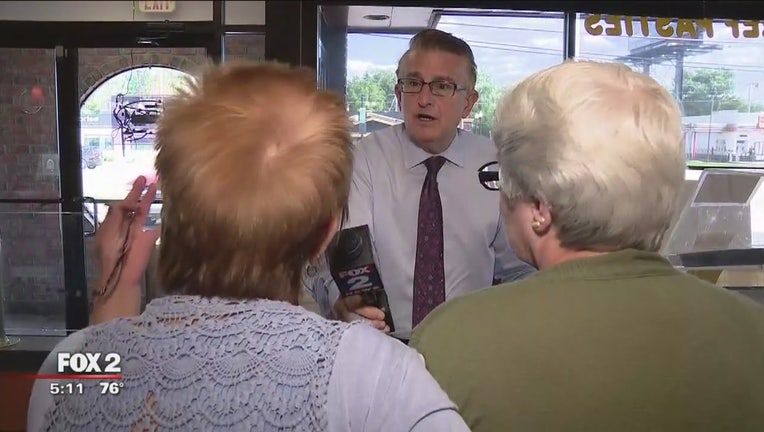 WARREN, Mich. (FOX 2) - As the UAW and General Motors both report progress in continuing negotiations, there doesn't appear to be a conclusion in the near-future for striking workers.

As union employees see pay stubs dwindle to $250 a week, local businesses that rely on those workers are starting to feel the hurt.

"Without those customers, there's no paycheck for us," said Karen Chavez, the manager of the Donut Hole.

That's right - whether your a multi-national corporation that sits at the top of the Renaissance Center or a local pastry shop located on Van Dyke Avenue, a strike hurts the pockets of everyone.

While progress has been made on a deal between the UAW and General Motors, there appears to be no consensus in the near future. With workers now picketing and operating on a smaller budget, area businesses have been hit particularly hard.

"We have delvieries in the morning to the corporate General Motors - large deliveries that are made. And that's been cut down somewhat," Chavez said. "Well tremendously I must say."

The Donut Hole is a local staple, having served donuts for 30 years. Located on 13 1/2 Mile and Van Dyke, they sit just one mile from the GM Tech Center in Warren. The same center where workers were striking on Tuesday.

Tremendous is an understatement when considering the revenue lost across all businesses affected. Chavez and another worker with the Donut Hole said Malone's Tavern, Checkers, Taco Bell and McDonald's have all taken a hit. But it's not just restaurants that are adjusting business practices.

Some of General Motor's suppliers have had to temporarily layoff workers because of the strike. While a formal confirmation wasn't announced, Android Industries, located in Auburn Hills and makes supplies for GM was one such company. Nexteer, GM's 2018 Supplier of the Year and also located in Auburn Hills and manufactures steering systems released a statement citing their own worries:

"...without an imminent resolution, Nexteer faces the difficult conclusion to temporarily reduce our workforce due to the disruption in GM production. Our goal is to return to full production as quickly as possible."

More than 46,000 GM employees around the country have taken part in the strike. As negotiations have dragged on, they have taken shifts picketing in front of their respective factories - going as far as to block entrances to some of those buildings. However, a court has ordered that striking employees may not block entrances.

This current strike is the longest the UAW has put on against GM since 1970.