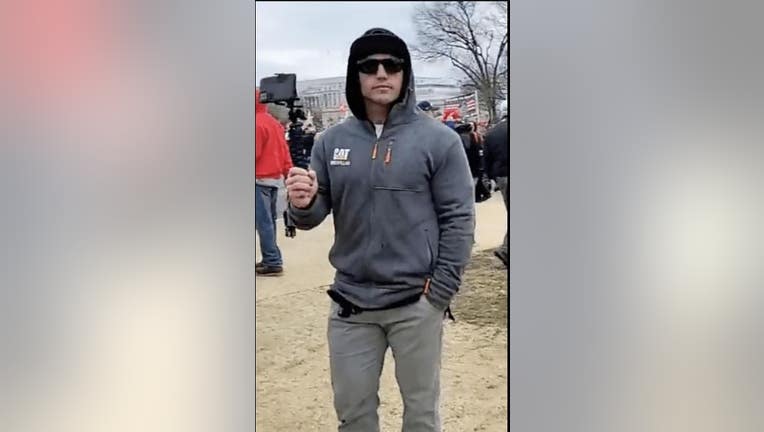 A 40-year-old mid-Michigan man has been arrested and accused of assaulting a police officer as part of the mob that stormed the U.S. Capitol on Jan. 6.

Logan Barnhart of Lansing is charged with assaulting and resisting with a dangerous weapon, civil disobedience, disorderly and disruptive conduct, engaging in physical violence and an act of physical violence in the Capitol Building or grounds.

A federal indictment Tuesday says he and others using "a deadly weapon, that is, a baton, flag, pole, and crutch, did forcibly assault, resist, oppose, impede, intimidate, and interfere with" an officer with the Metropolitan Police Department.

He made an appearance Tuesday in federal court in Grand Rapids and was released on a $5,000 bond, according to federal documents.

The Associated Press left a message Wednesday seeking comment from his attorney.

Barnhart played high school football in Haslett near Lansing, The Detroit News reported. He also helped tip over a car and was sentenced to 45 days in jail for unlawful assembly for a riot that year at Michigan State University in East Lansing, according to the newspaper.

Barnhart is the 12th Michigan resident facing charges in connection with the Capitol attack, according to state House Democratic Leader Donna Lasinski of Scio Township.

Lasinski said in a statement that she has called for a formal investigation into "Michigan's role in the insurrection."

"It should be clear by now that some in our state played a key role leading up to and during this attack on our democracy," Lasinski said. "We need to know how deep these ties go to ensure a complete accounting of the events of Jan. 6 to make sure nothing like this ever happens again."

More than 570 people have been arrested for crimes related to the Jan. 6 attack. More than 170 of them are charged with assaulting or impeding law enforcement, federal authorities said.