The store officially opened Wednesday, Jan. 29 at 8 a.m. A grand opening celebration will take place from 10 a.m. - 2 p.m., with a rotation of local vendors in-store throughout the day.

FOX 2's Josh Landon takes us to Royal Oak for the grand opening of Woodward Corner Market by Meijer, the first small shop concept of its kind in metro Detroit.

News in 2017 of a new grocery store in the area came welcome to neighbors after a Kroger there was closed and eventually demolished. Beaumont announced plans in 2016 to redevelop the area.

Woodward Corner Market is a new neighborhood grocery store by Meijer. It's the store's first small format in metro Detroit, with the only other one being in Grand Rapids. 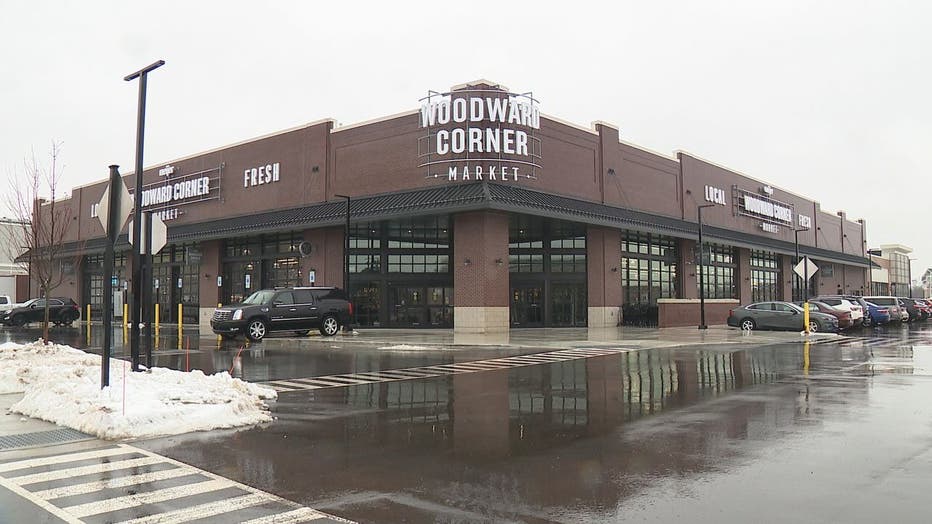 The 41,000-square-foot store will feature a vast assortment of fresh and prepared foods, including bakery items, fresh meat and deli offerings.

You'll find all the familiar Meijer and national brand products, too, along with an estimated 2,000 local, artisan items, including Daily Dozen Doughnuts, New York Bagel and Bath Savvy Soaps. 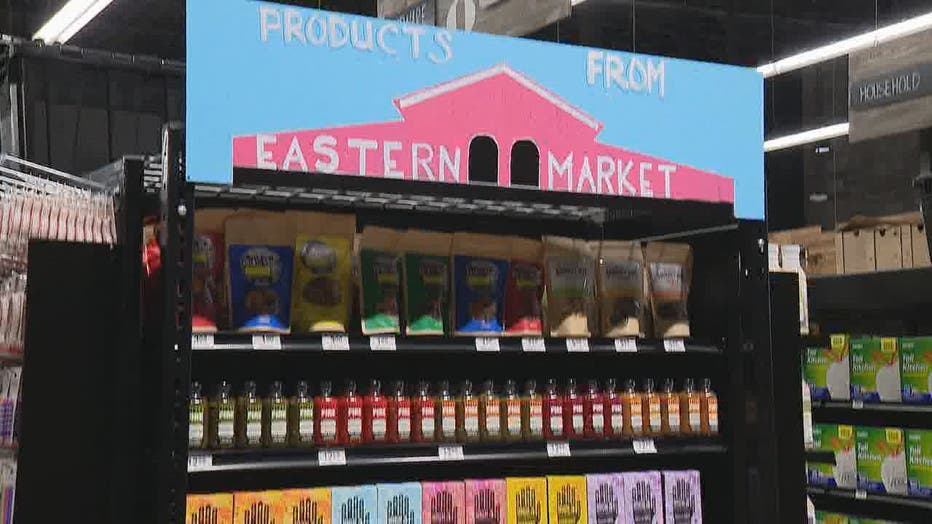 Woodward Corner Market will feature open-air elements with 25-foot ceilings and a pedestrian-friendly design near the Beaumont Hospital campus with six garage-style doors that open to an outdoor fresh produce and floral area in warmer months.

Also at the corner, you'll find a Wahlburgers, Grabbagreen, Panera Bread, New Order Coffee, a dance studio and a Beaumont Urgent Care clinic. Other restaurants and retail are also still in development.