ROSEVILLE, Mich. (FOX 2) - It was this time one year ago that a 4-year-old boy was killed by a drunk driver.

This holiday weekend, his family has set up a memorial at the corner where he lost his life to raise awareness on the anniversary of his death.

A family in Roseville is reminding everyone to drive sober this holiday weekend on the anniversary of 4-year-old Cayden's death.

On July 3, at the corner of Masonic and Little Mack in Roseville, family and friends of Cayden Waldorph stand under a blazing hot sun, hold signs with messages reminding to drive sober.

"It happened so quickly. It happened right here at this corner," said family friend Sabrina Dunlop. According to police, the crash happened when the driver of a black GMC Yukon slammed into a white Mercury Milan where Cayden was a passenger. He was pronounced dead at the hospital.

So this Fourth of July weekend they want drivers to see their signs and hear their story. The driver who smashed into the car Cayden was riding in isn't behind bars, and the little boy's parents say they aren't getting the answers from investigators.

"A lot of people have just stopped to buy shirts to raise awareness too," Waldorph said.

Due to the holiday, FOX 2 was not able to get a hold of anyone with the Macomb County Prosecutor's Office to get an update on the status of this case. 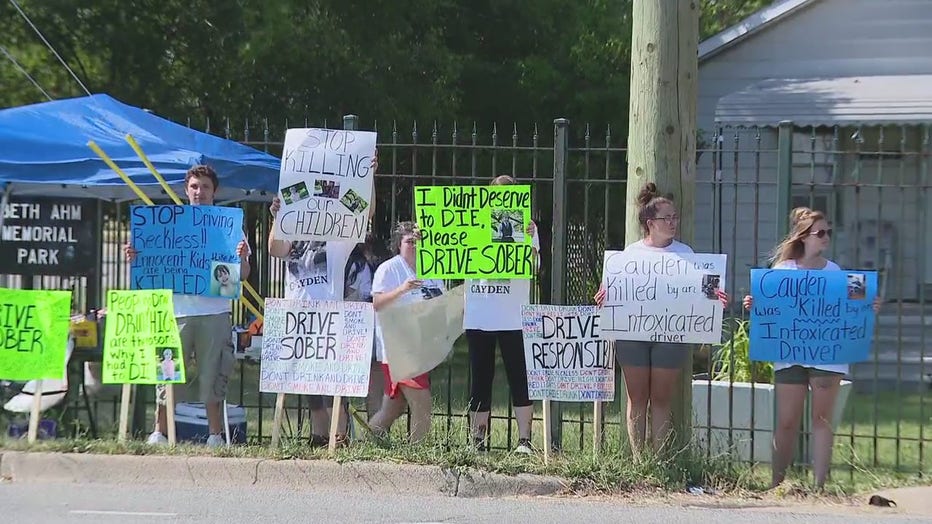